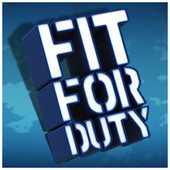 You can’t judge a book by its cover, and you can’t judge construction workers by their appearance. To determine whether they can do the job for which they’ve applied, employers have two tools: a medical exam and a fit-for-duty test.

The latter has been developed especially for Wayne Brothers by Carolinas HealthCare System. Wayne Brothers, based in Kannapolis, is a construction company specializing in site development, grading and concrete construction for commercial and industrial clients throughout the Southeast.

The company employs some 350 workers, according to Jason Sisk, safety director. However, Sisk found that some employees were unable to lift the required amount of supplies and materials.

“We saw a need for an exam specific to our industry,” Sisk said. “We had tried other exams, but they were not quite what we were looking for.”

For example, Sisk explains, an employee must lift up to 90 pounds, and push and pull materials such as tool carts.

So he approached Carolinas HealthCare System’s Carolinas Health & Wellness for help. Dr. Steven St. Clair is medical director of CMC-NorthEast Occupational Medicine Services, and he and his team developed the test that Sisk needed.

“This test is for companies hiring people into jobs with significant physical demands,” St. Clair said.

To begin, St. Clair and his team looked at job descriptions. “What we found is that what the company thinks jobs entail and what they actually entail is a little different,” he said.

For example, they found that the lifting demands were greater.

Armed with scales and other tools, physical therapists went to job sites and actually measured the demands of each task. They looked at the distance required to carry heavy items, and the height at which items must be lifted. They also looked at the distance required to reach an item. They developed the test based on the heaviest of required physical demands.

Then physical therapists brought items from the job site to the NorthEast Outpatient Rehabilitation Center, where the tests are conducted.

“We prefer to use the actual objects on the job,” St. Clair said.

As part of the test, the physical therapists can assess whether an applicant can lift an object, and whether he can lift it correctly and safely.

The test has been in place now for a year, according to Sisk. “It’s a very key part of our hiring process now that we have it in place.”

Since April, the test has become mandatory for all craft-level employees, from the foreman down.

The test has had an 80 percent pass rate, Sisk said. “It is weeding out some folks with pre-existing conditions, or who are just not fit to do the job. It shows up front that we have a safety culture in our company.”

Because the company works on commercial and industrial projects, not residential projects, the safety risk is greater, Sisk said. Not only are there more people on-site, but the equipment is much larger, such as cranes and excavators.

“This test is our way of taking a proactive stance on safety instead of a reactive stance,” he said.

St. Clair calls the test a plus for the company and its prospective employees.

“It’s not in anybody’s best interest to do a job that they can’t perform,” he said. “We just tailor the assessment to the job. It makes sense in jobs where there is a heavy physical demand.”

Sisk said the company’s owners, President Keith Wayne, vice president of preconstruction Bobby Phillips and vice president of field operations John Ashworth, have been pleased with the fit-for-duty test and the results it has produced. “Keith actually went and took it himself, just to see what it was like,” Sisk said. And how did he fare? “Oh, he passed.”

Susan Shinn is a freelance writer for Cabarrus News. You can read the full article here: