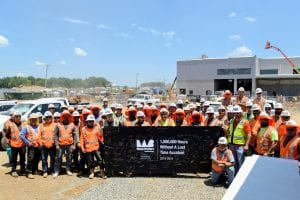 Wayne Brothers Companies (WB) has made company history by reaching two million hours without a lost-time accident. Based in Davidson, N.C., Wayne Brothers is a specialty contractor with over 500 employees offering Concrete Construction, Civil & Infrastructure, and Industrial Contracting services throughout the Southeast.

This significant industry achievement, officially reached on April 17, 2020, is monumental since the two million hours accounted for are self-performed hours by Wayne Brothers employees. WB has worked since July 9, 2018 to achieve these two million hours.

WB had come close to reaching two million hours in 2014 when they reached 1,950,000 hours. Collectively, they have reached one million hours four times over the course of the past seven years.

Jason Sisk, safety director, attributes WB’s success to “Everyone watching out for and correcting any unsafe act(s), unsafe behavior(s), and/or unsafe condition(s). We constantly are talking about safety to make sure this is at the forefront of everyone’s mind. Our focus is to send employees home safely to their families and loved ones.”

“We have so much to be thankful for but I can’t think of anything more important to be proud of than the fact that now two million hours of safe work has been accomplished. Congratulations to each one who has helped make this wonderful milestone of safety performance possible. Forward we go toward three million hours!,” said Keith Wayne, President/CEO. 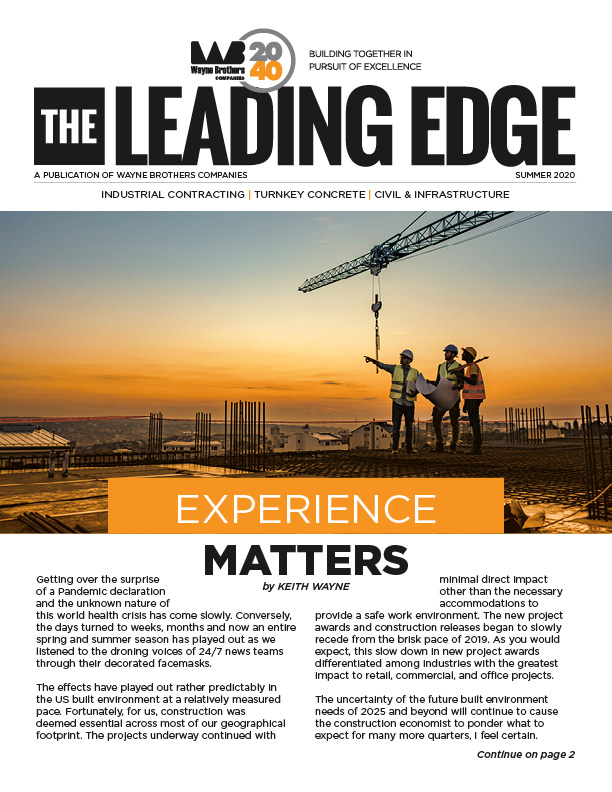