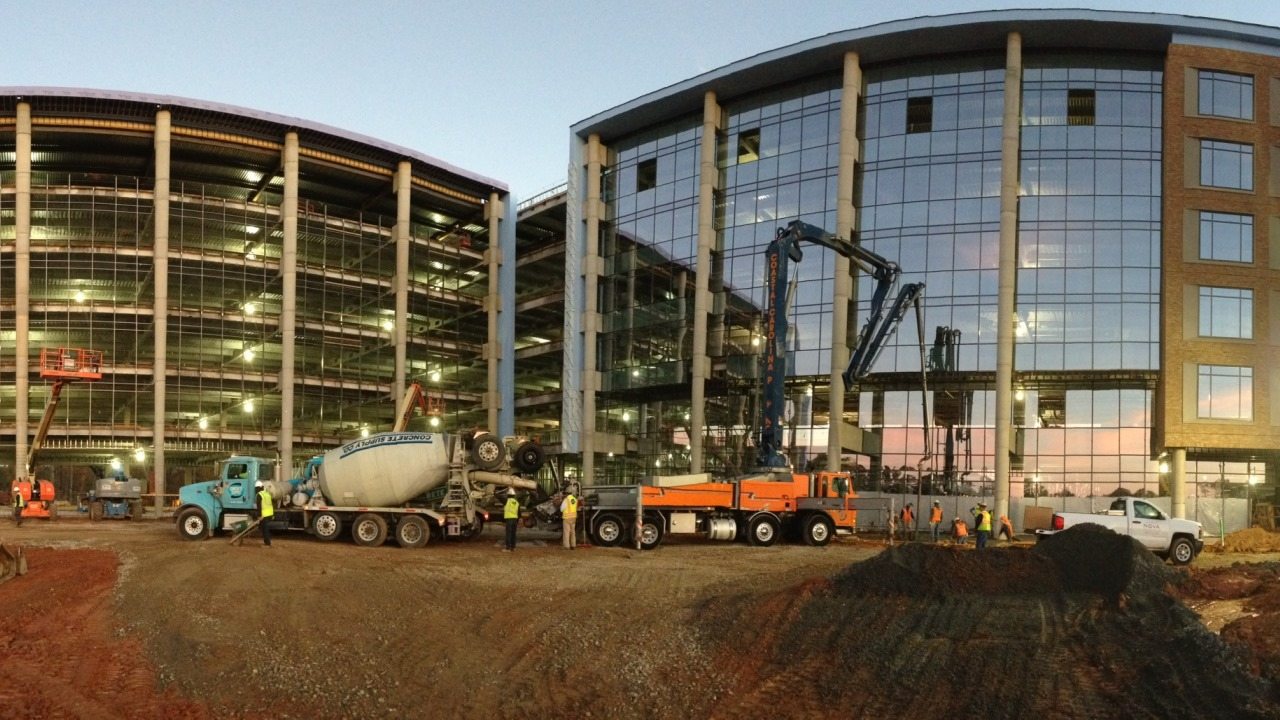 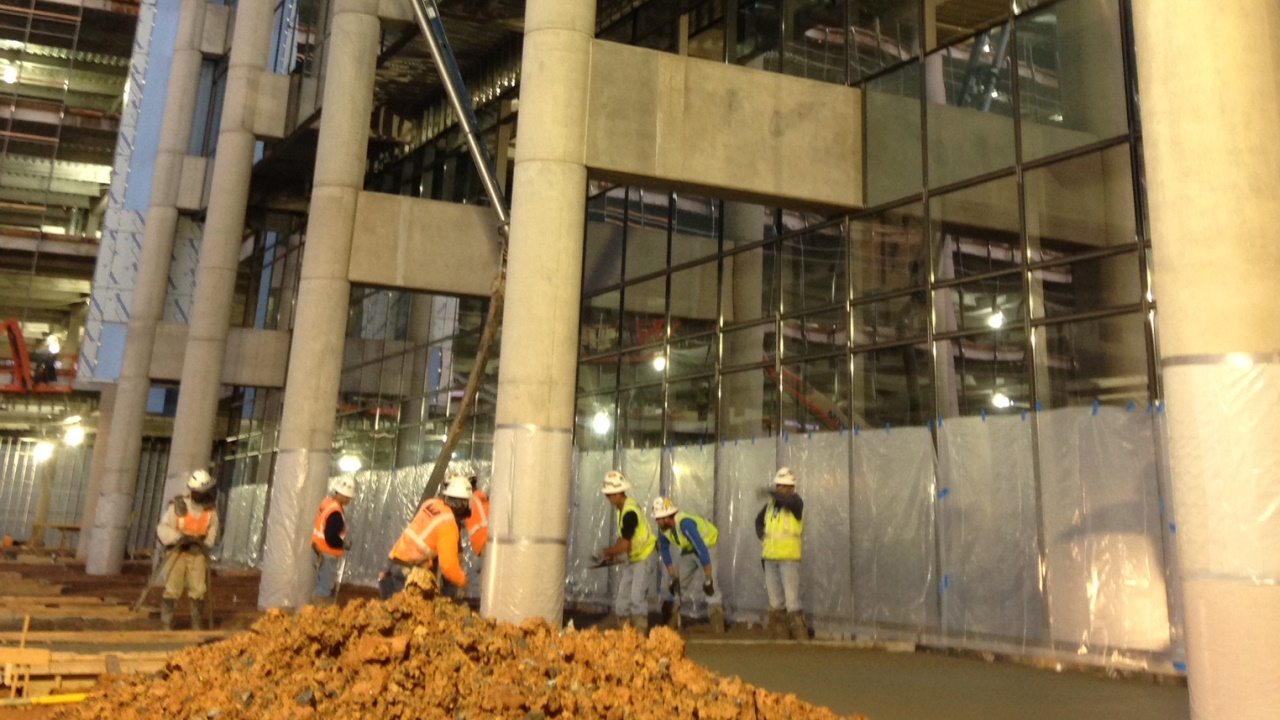 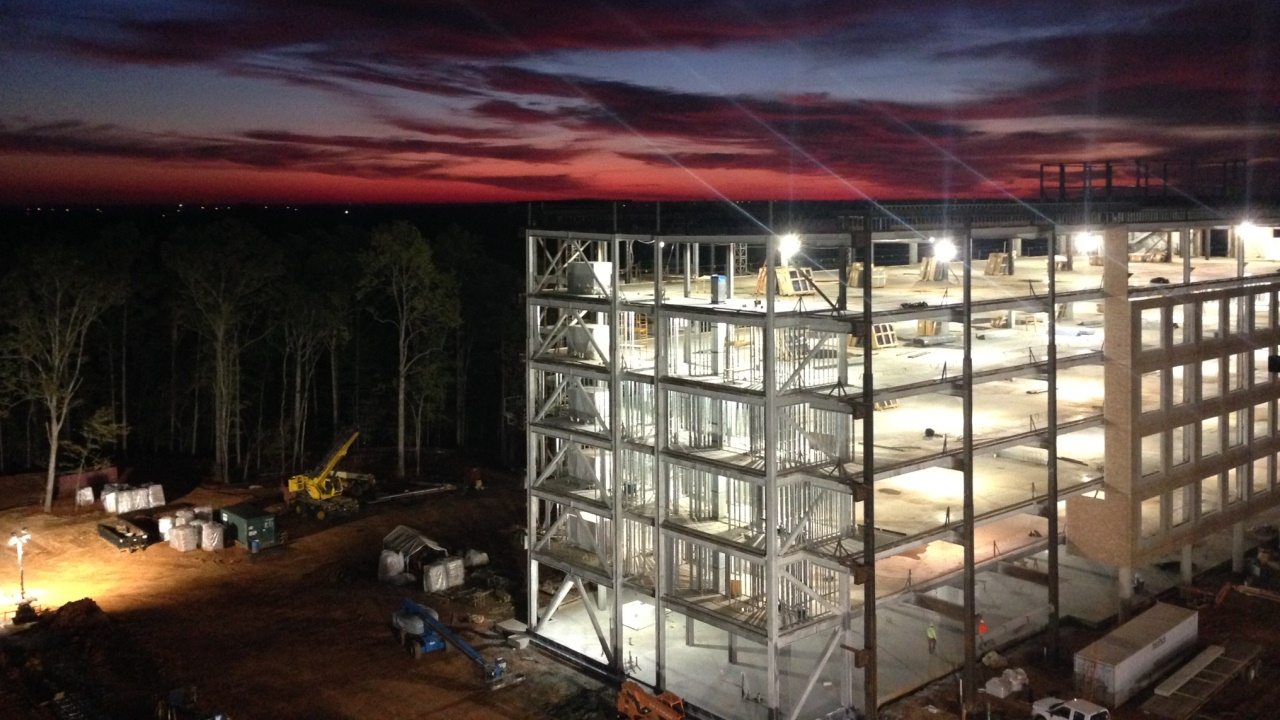 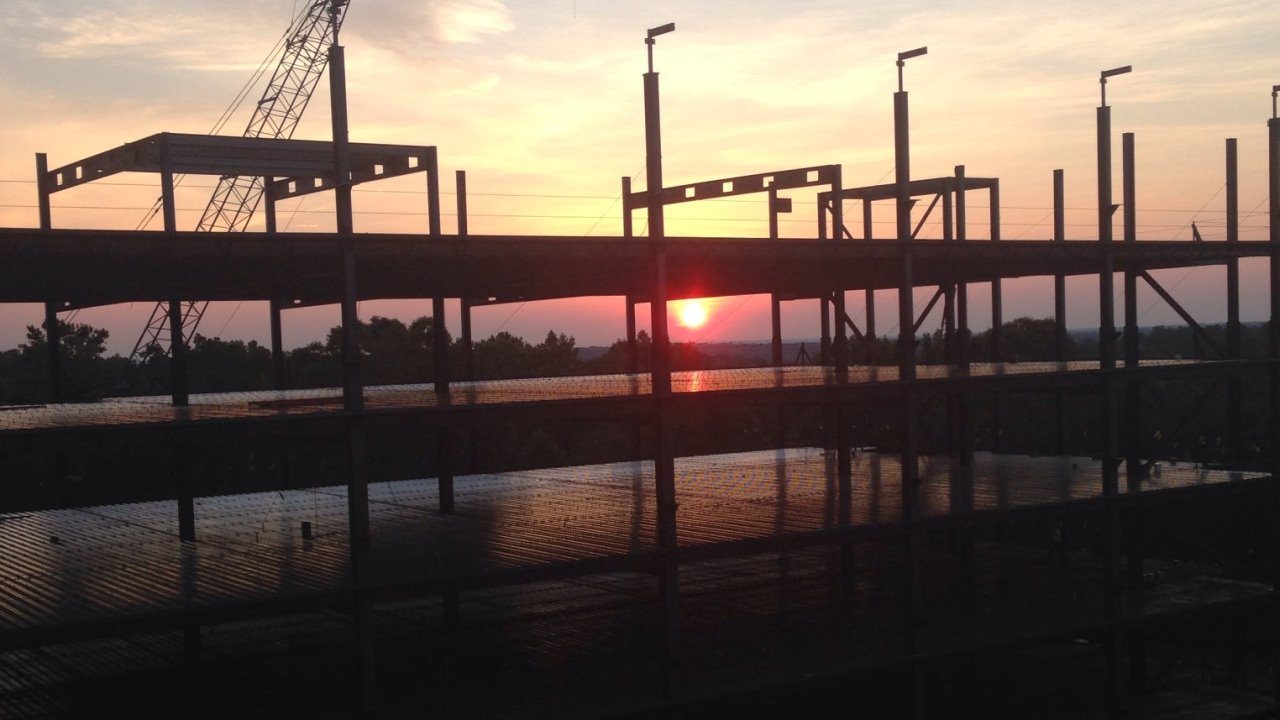 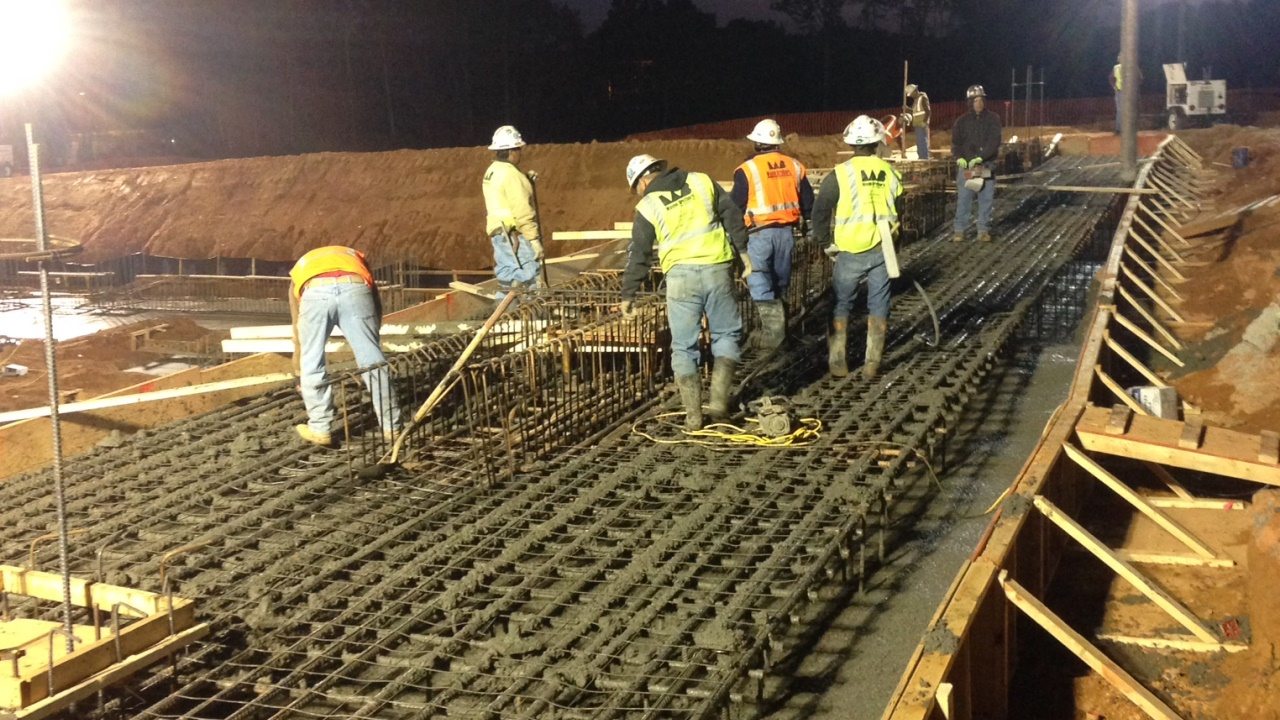 Wayne Brothers was awarded the turnkey concrete scope for the new LPL Financial project located in Fort Mill, SC. Construction began in March 2015 and includes cast-in-place concrete columns that tower over six stories! Over the past nine months, WBI Superintendent, Bob McMahand, and his team have constructed two office buildings consisting of half a million square feet of concrete slabs and 15,000 cubic yards of concrete; as well as a 86,000 square foot parking deck. Throughout the project, mother nature showed her ability to create adversity for the project. Yet, despite what seemed like relentless rain and mud, Bob McMahand and crew were able to confront and overcome not only the weather but a demanding schedule as well. Not only did the project team deliver, but they did so with a standard of quality that is unmatched in the concrete industry. This is exhibited best in the cast-in-place concrete columns and beams that surround the office buildings of the campus, towering over six stories in height. They are a visible symbol of this project team’s accomplishment and will be a source of pride for Wayne Brothers for years to come. Please give Bob McMahand and the entire LPL Financial Team a big thanks and congratulate them on a job well done at LPL!