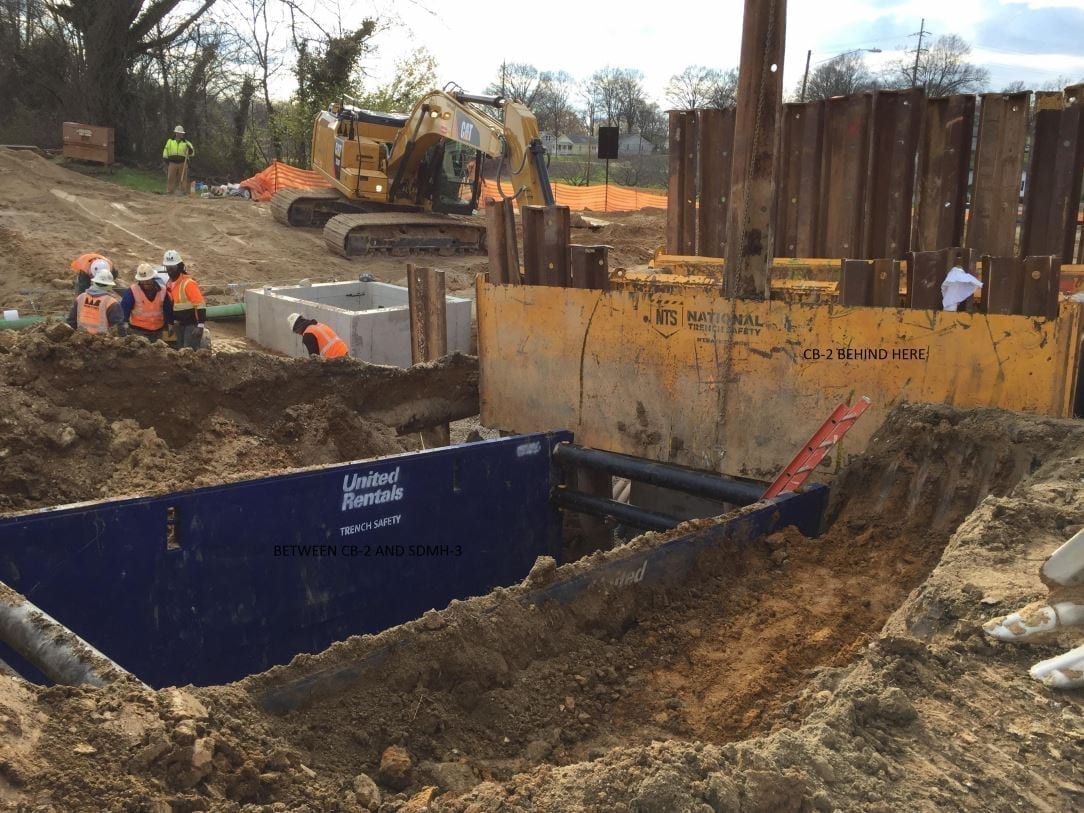 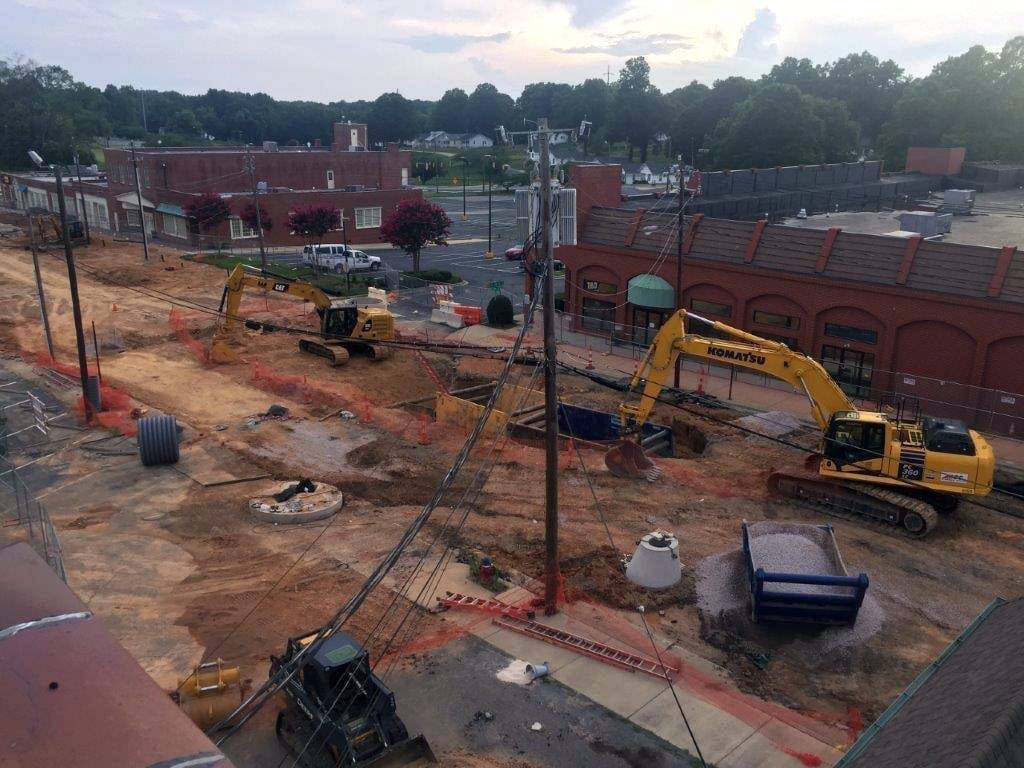 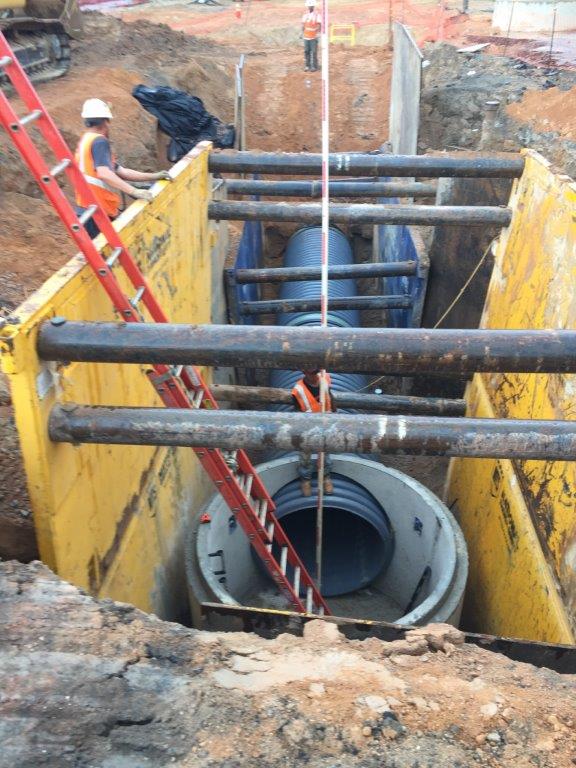 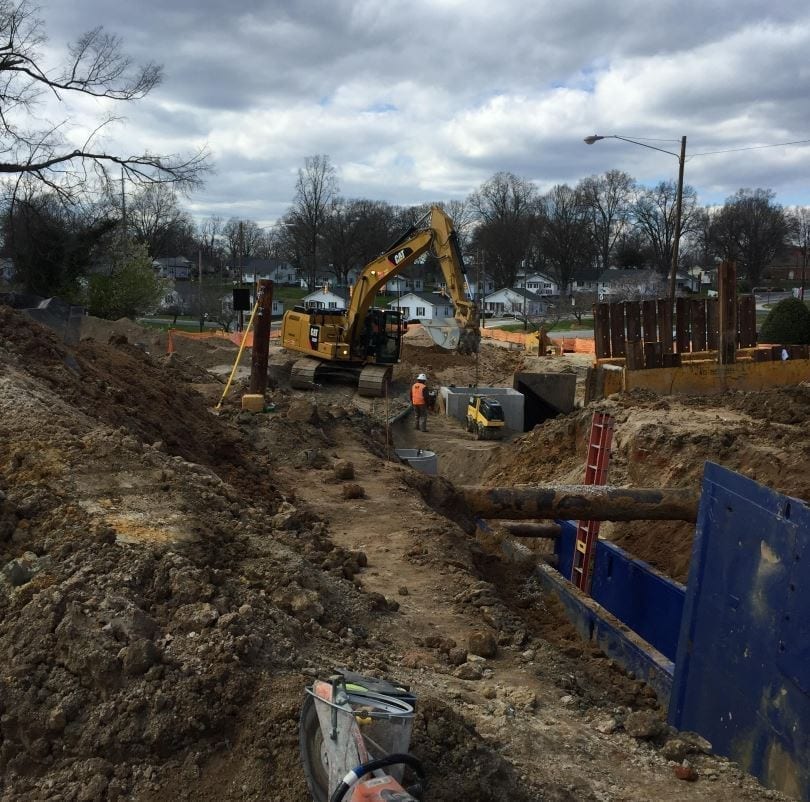 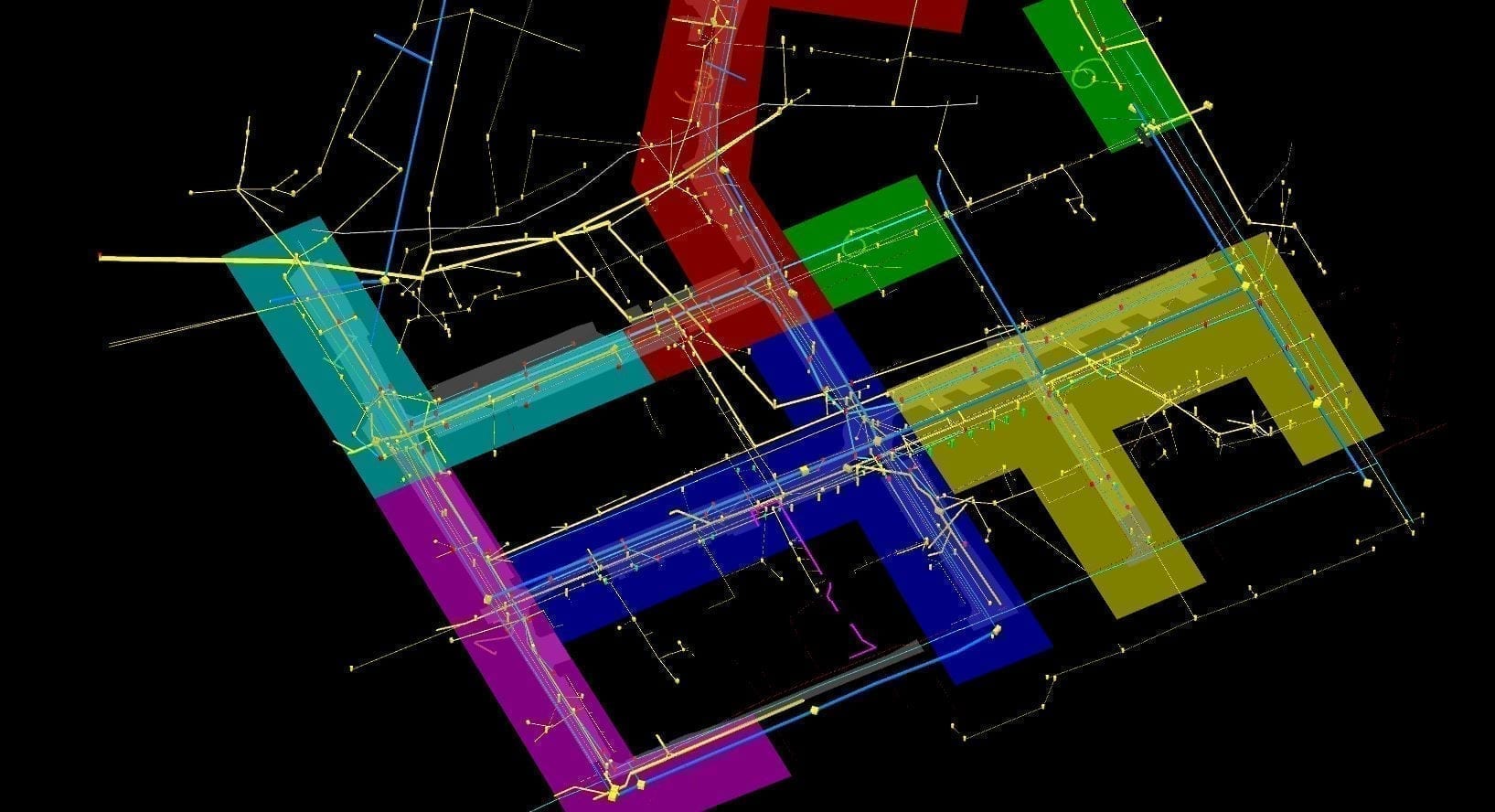 The Kannapolis Infrastructure Utility Project was completed in June of 2019. The scope of the project included replacing and upgrading existing utilities in the city streets for the Kannapolis Downtown Revitalization project. Wayne Brothers replaced all the storm drain, sanitary sewer, and select water lines for approximately a total of 20,000 feet of new pipe which equals almost four miles.

This Utility Project was an extreme challenge. It took an Engineering firm, over a year to design the upgrade. They had to use old as-built drawings from the city and pothole the utilities to confirm elevations for the design. Once the design was complete Wayne Brothers was able to take the drawings and create a 3D model that included the old and new pipe. With this proactive virtual construction approach, the team was able to catch issues, that were then redesigned prior to finding conflicts during installation. This approach helped save time and cost while providing a safely installed and quality product.

The design was the first challenge of the job. During the project, Wayne Brothers overcame four major construction challenges. One challenge was working in a small area confined to the city street with working utilities above and below. This work was continually coordinated with the city for road closures to keep traffic flowing and businesses open. The next issue was how to keep the existing systems functioning, while working around them and/or replacing the lines. This required us to do some connections at night to limit the impact to the businesses and the residents. Which leads to the third challenge; the existing lines. They had to be supported while working underneath them and often times the existing lines were old. We encountered many unknown pipes while working that caused some revisions to be made. We worked with the city and the engineer to help come up with solutions to keep the job moving forward. The fourth challenge was the depth the new lines were installed which created safety potential safety hazards. Trench boxes and shoring were used on about 90 percent of the work. We worked at an average depth of 15 to 20 feet.

This project was a success due to collaborative effort between the City of Kannapolis/Barton Malow, Land Design, and Wayne Brothers as well as many other key team members. It took a high degree of awareness and skill to be able to successfully work in a confined space, at a depth of 15-20 feet, encountering unknown pipes and with active utilities below, above, and all around.