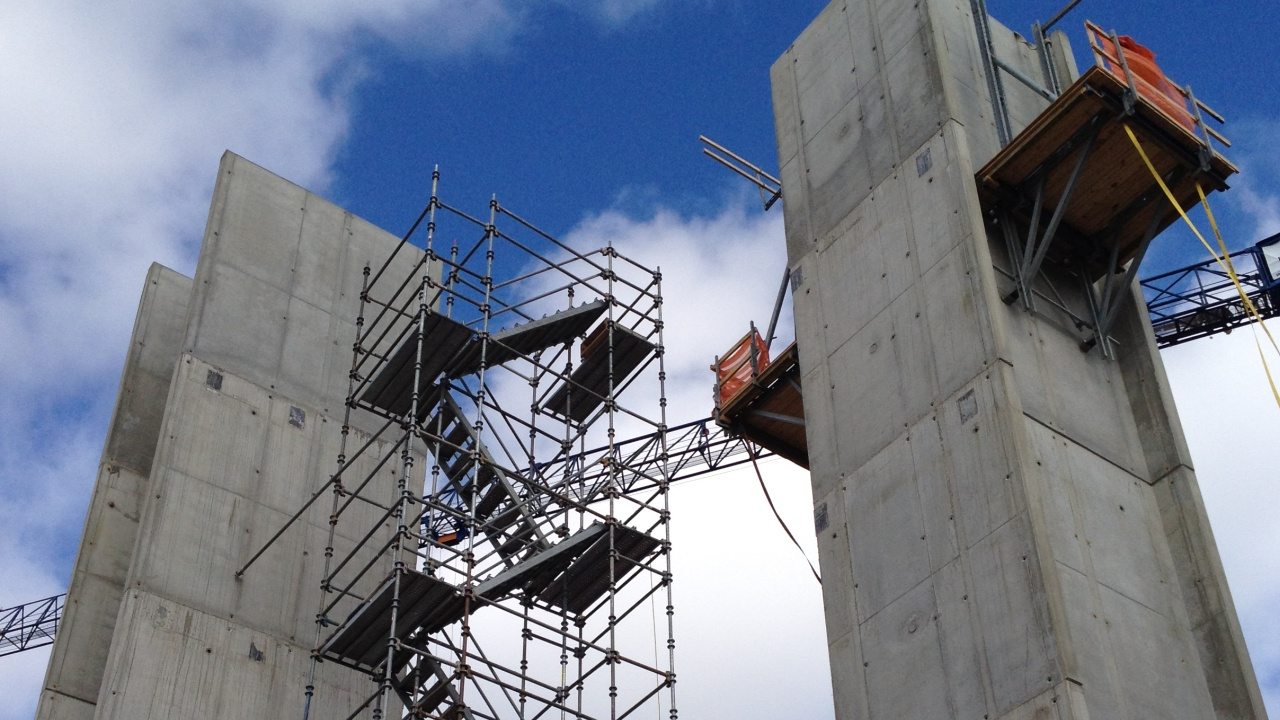 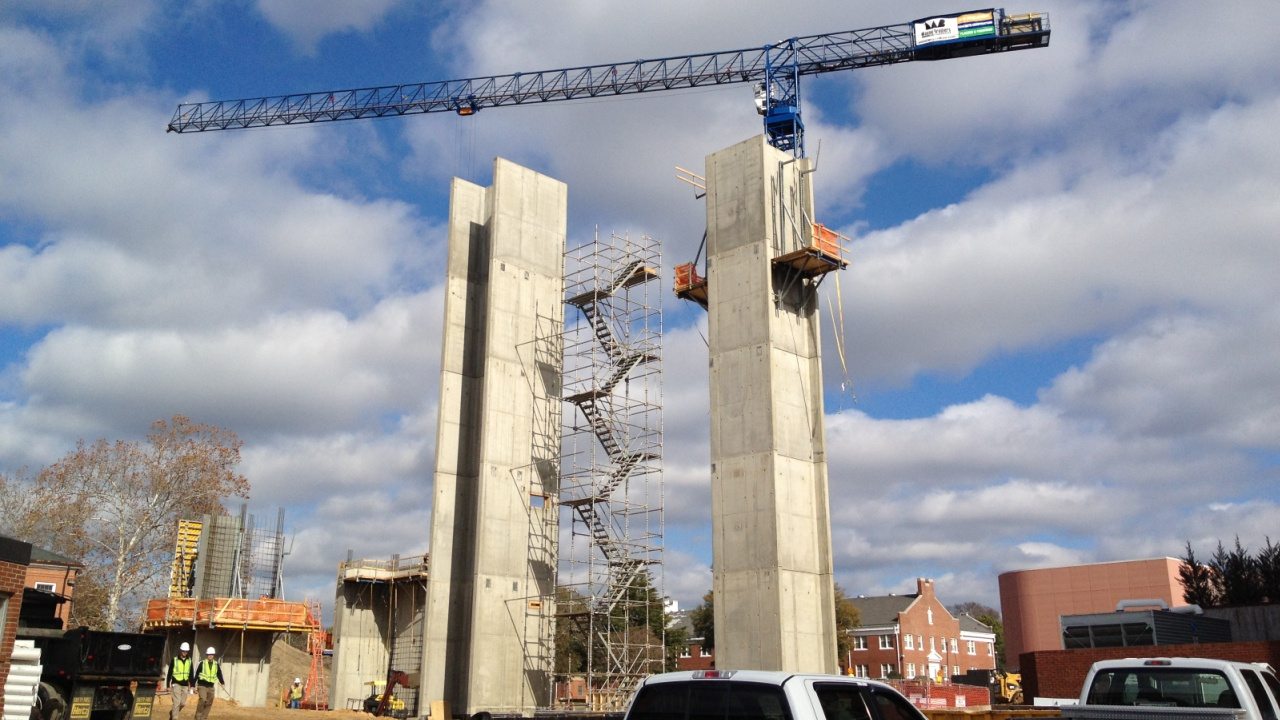 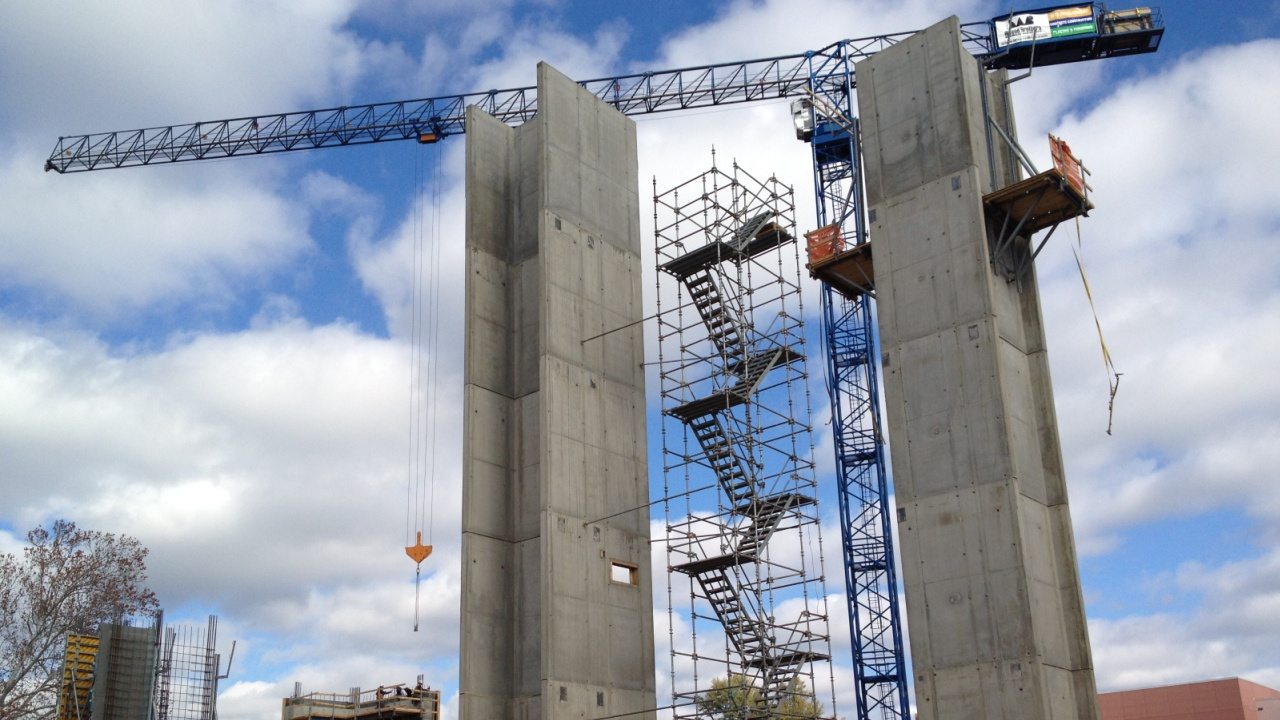 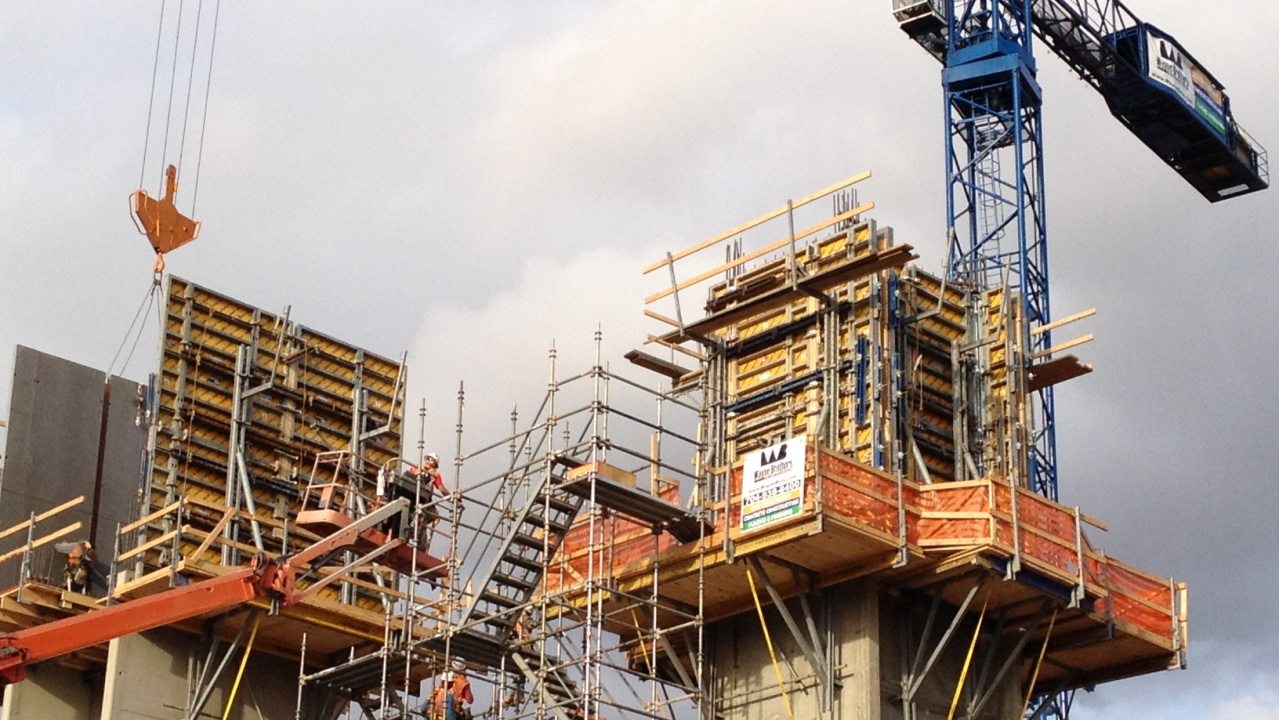 Over the last several years, Wayne Brothers has used self-consolidating concrete (SCC) technology on many of its complex, fast-paced projects. Most recently, the company used SCC to construct six freestanding shear walls at Fayetteville State University (FSU) in Fayetteville, N.C. FSU is building a new science and technology building to support their rapid growth in new student enrollment. The shear walls on the building towered to a height of approximately 85 feet and had architectural concrete requirements due to their permanent exposure to public view on the outside of the building’s facade. Wayne Brothers used a climbing formwork system to form and pour each shear wall in four to five lifts ranging from 14 to 16 feet in height. SCC was placed into the formwork through a port in the bottom of the formwork. When designing the formwork system, full liquid head pressures were allowed in order to support the bottom-up pumping method. When pumping SCC from the bottom up, the concrete forms are rapidly filled to the final pour height without any delay or temporary stoppage of concrete placement. With the force of the concrete rising in the formwork and rolling up the face of the formwork, air voids are forced out and virtually no air voids are visible on the face of the concrete once the forms are stripped. Along with the increase in quality, SCC also allows for reduction in concrete placement efforts. Wayne Brothers’s scope of work on the FSU project consisted also of foundations and foundation walls. The crew’s work began in late 2011 and finished in early 2012. With the combination of SCC and high-quality form facing, the efforts put forth by Wayne Brothers resulted in high-quality architectural finishes that will be seen for years to come.