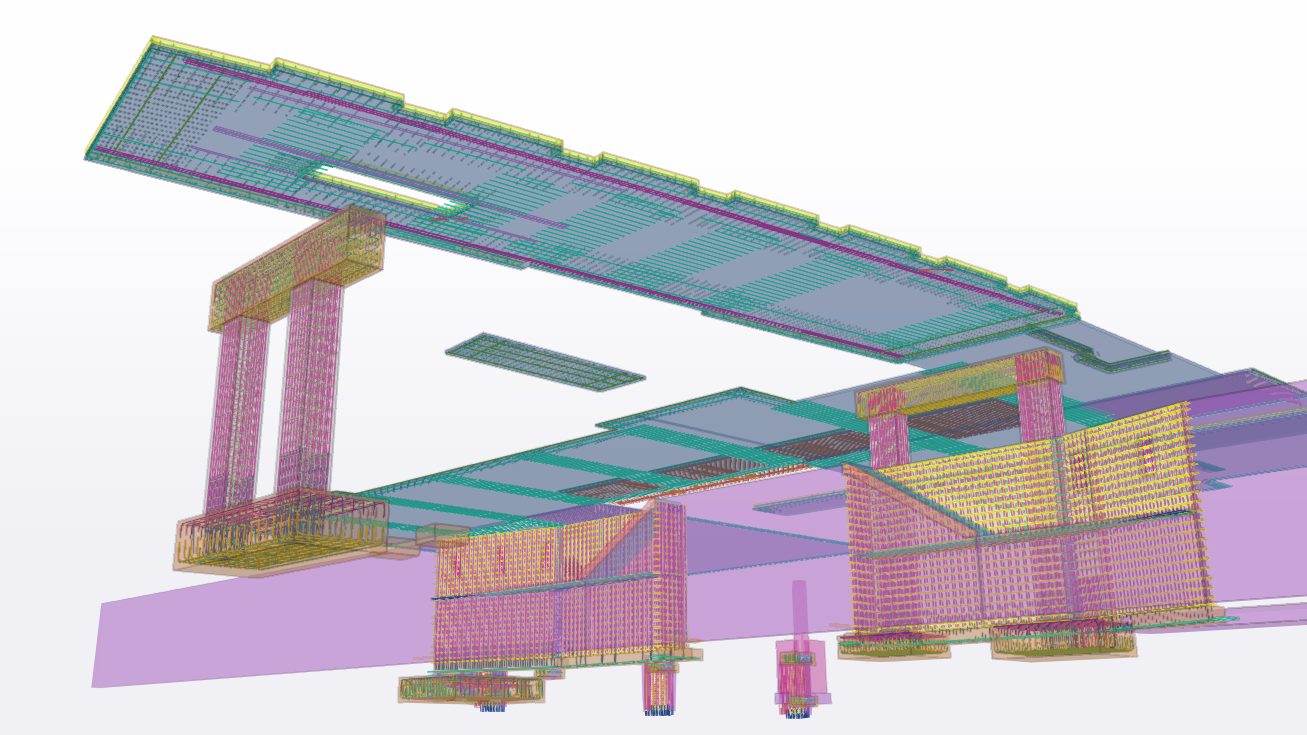 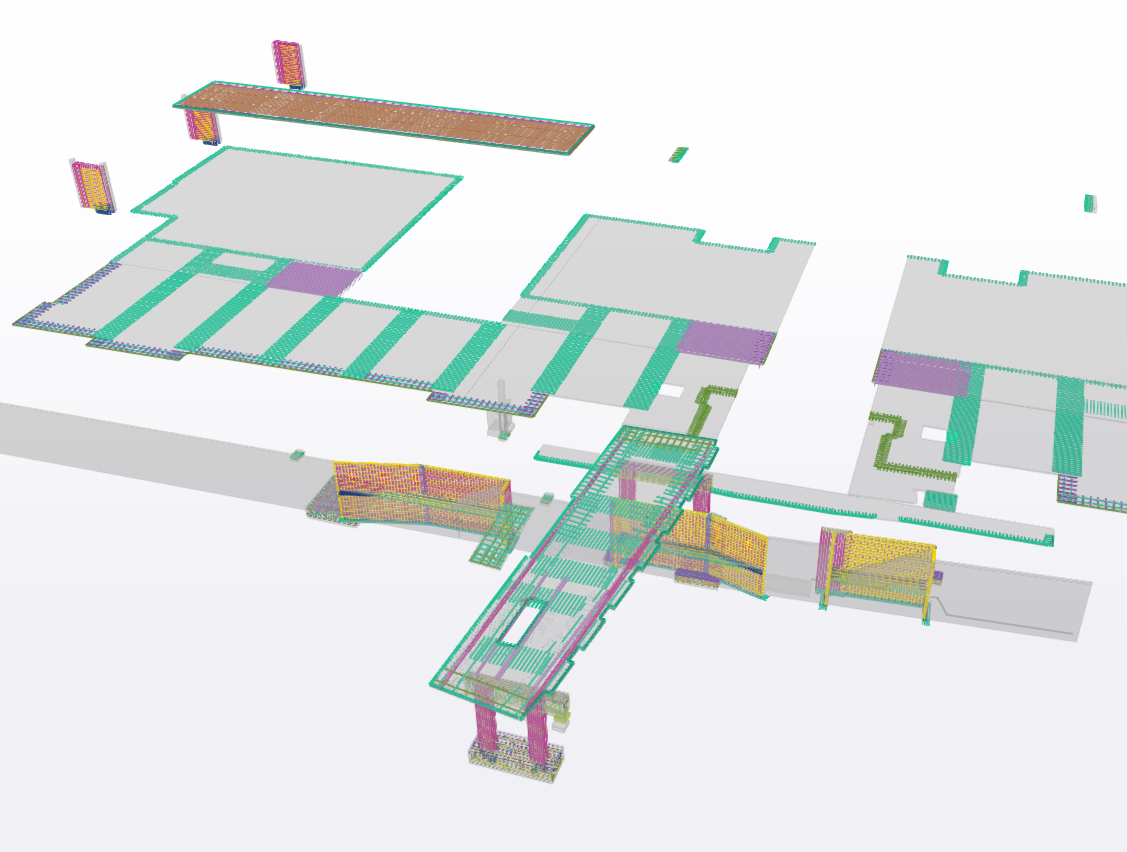 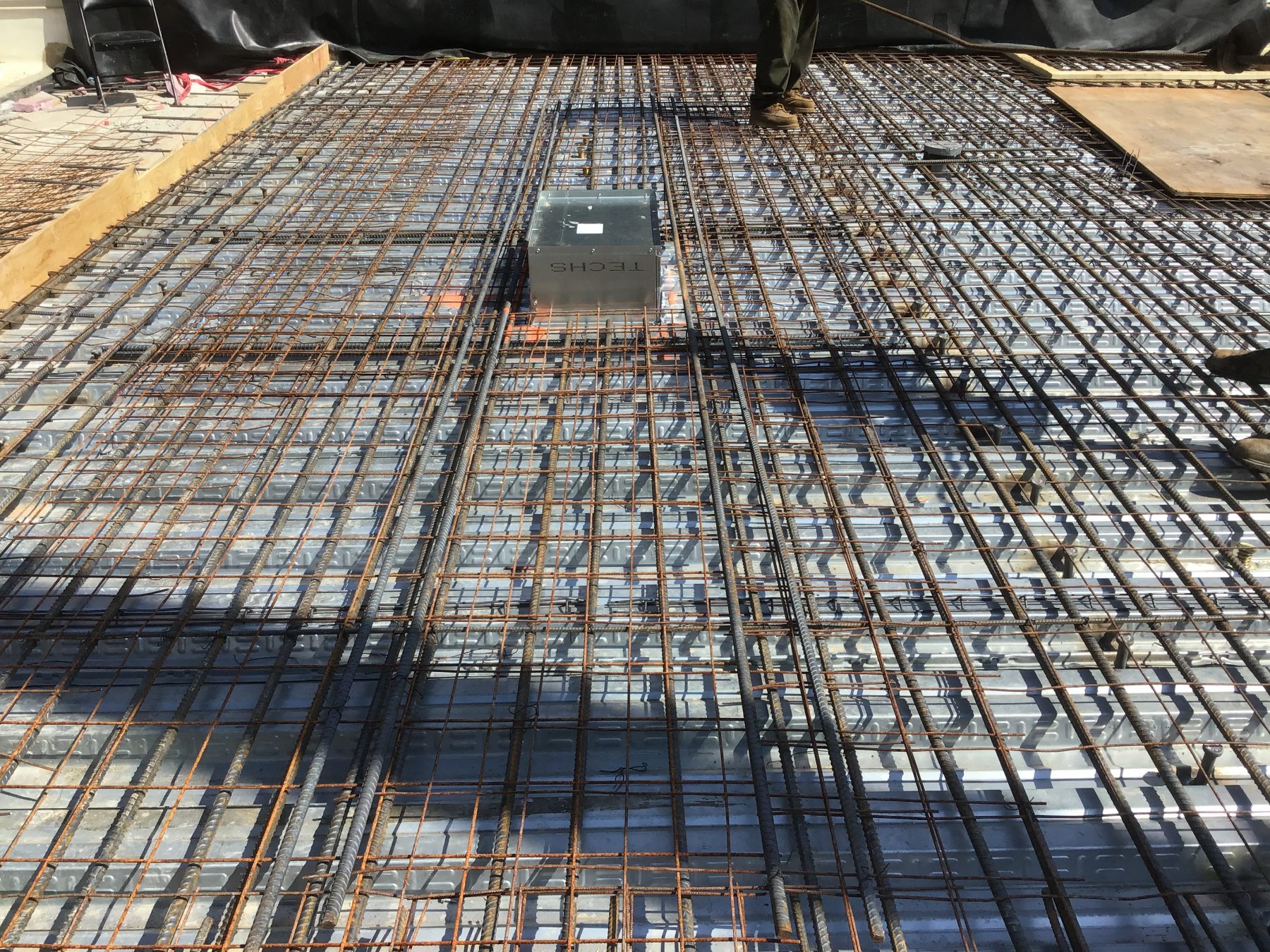 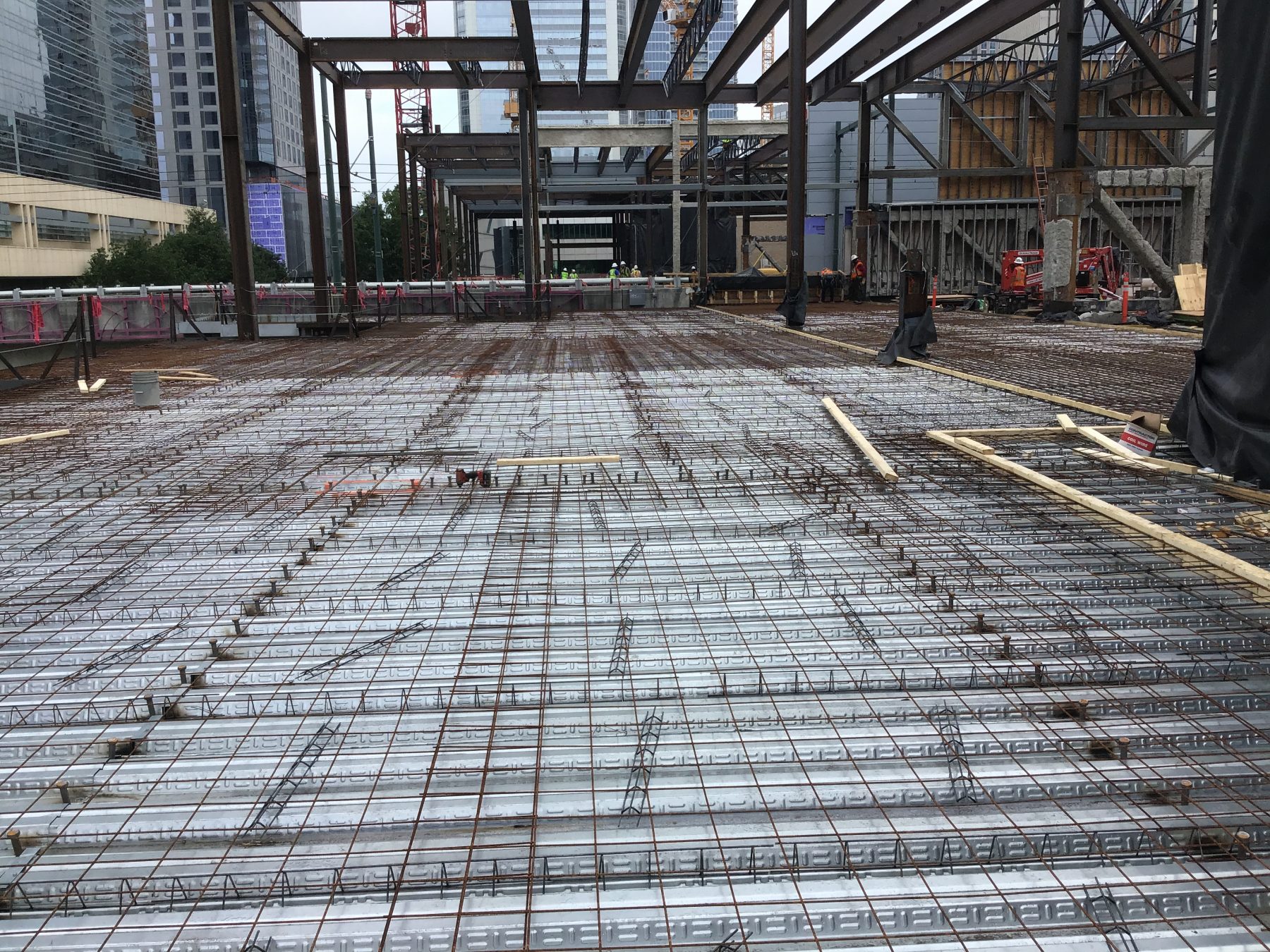 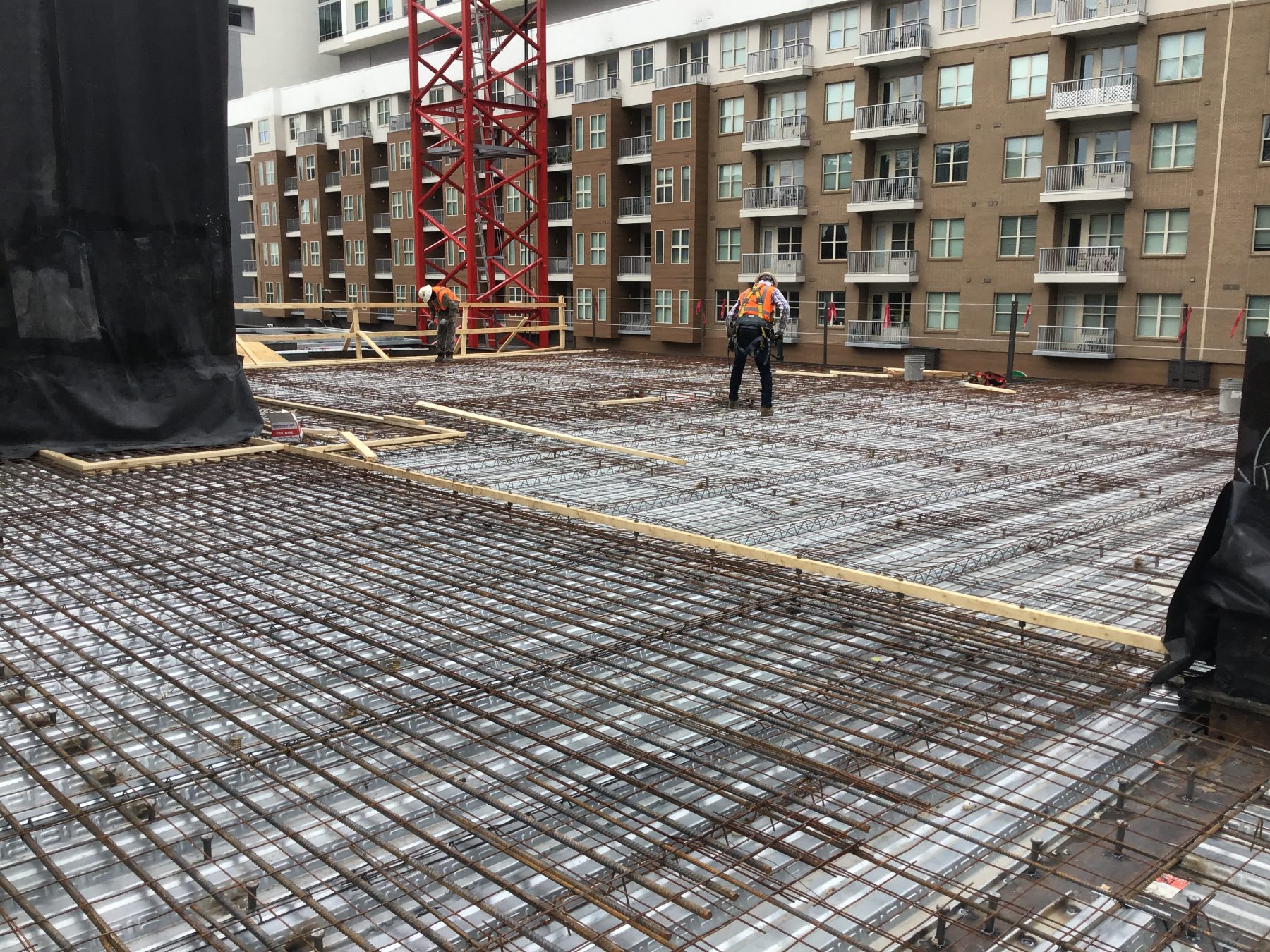 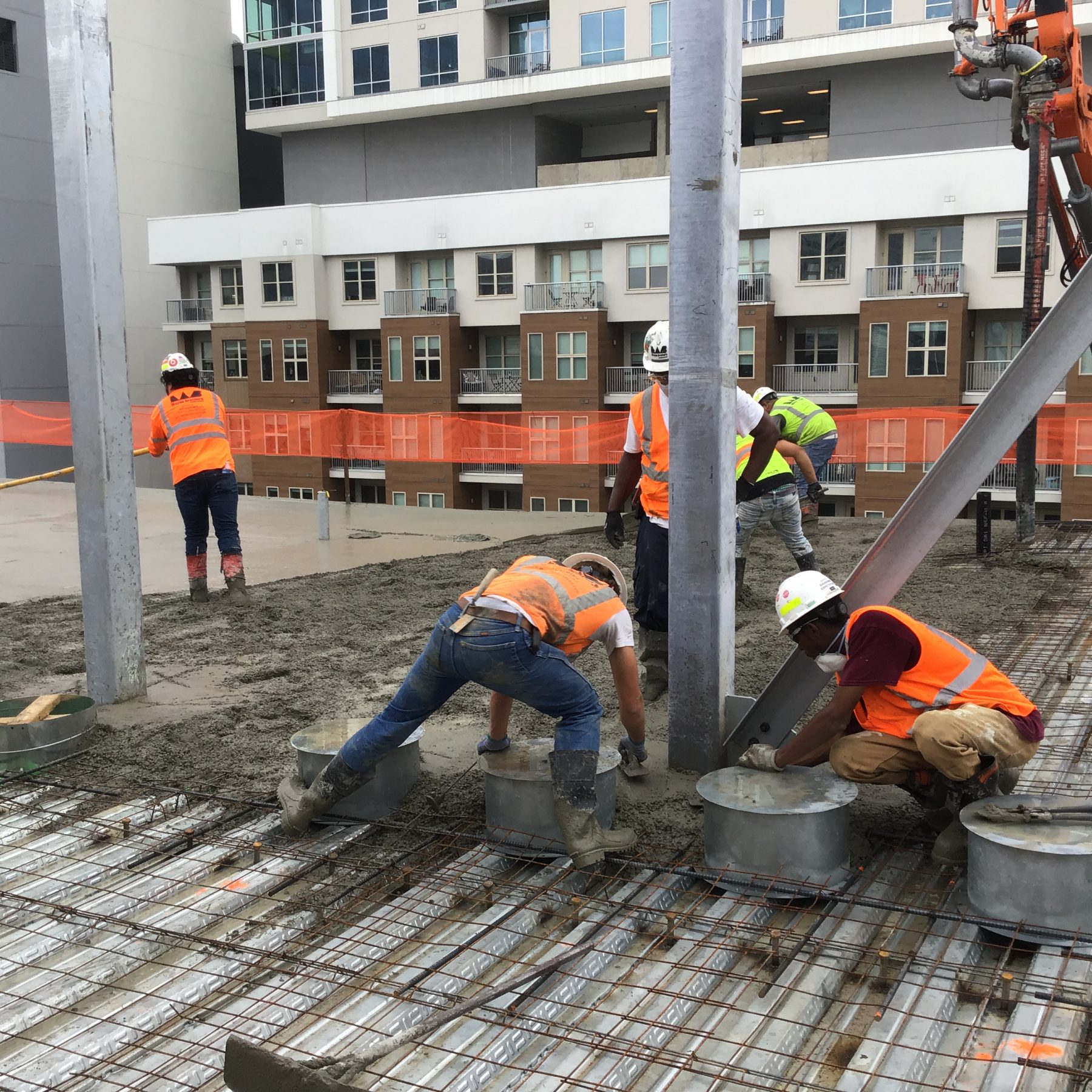 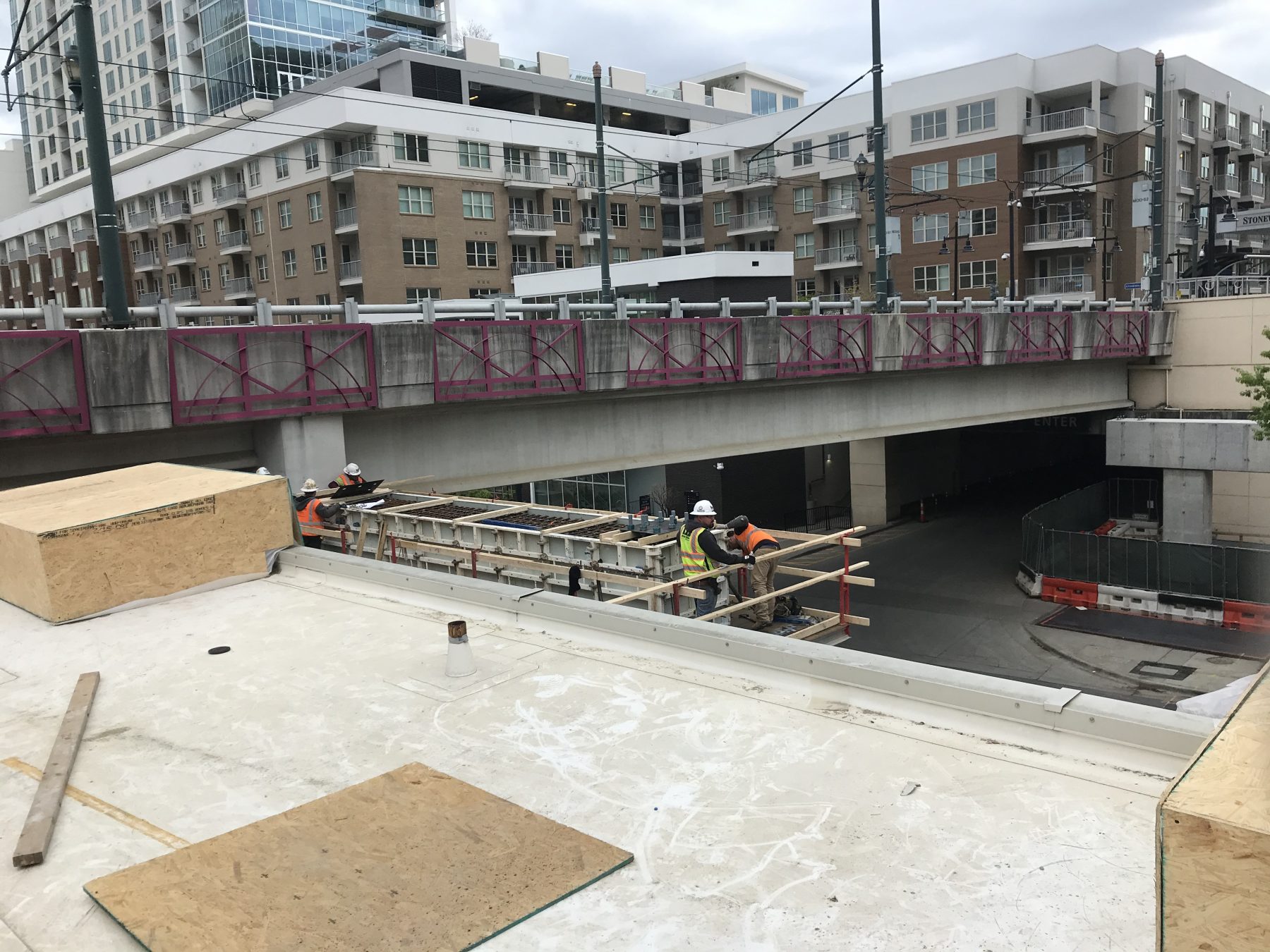 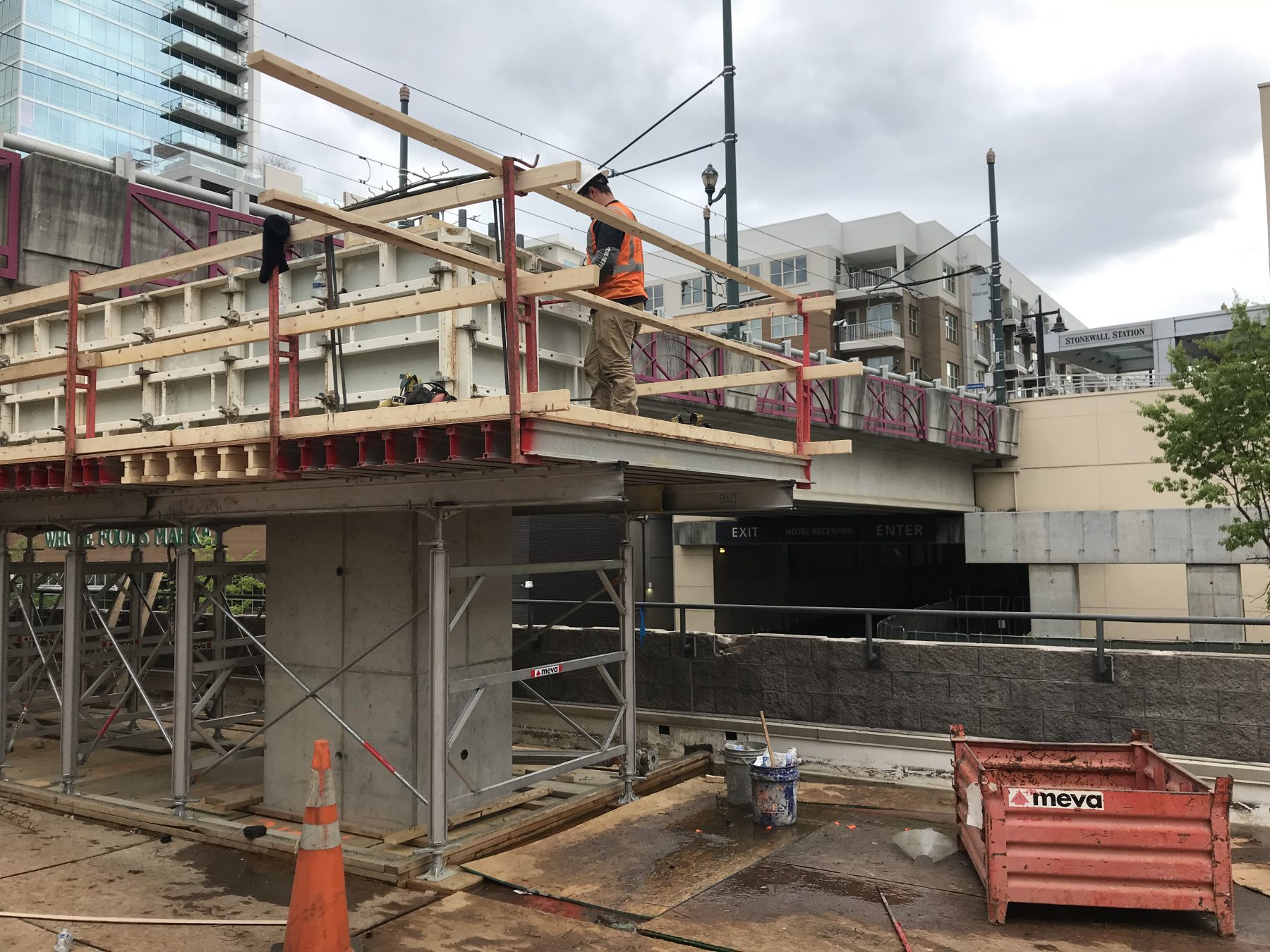 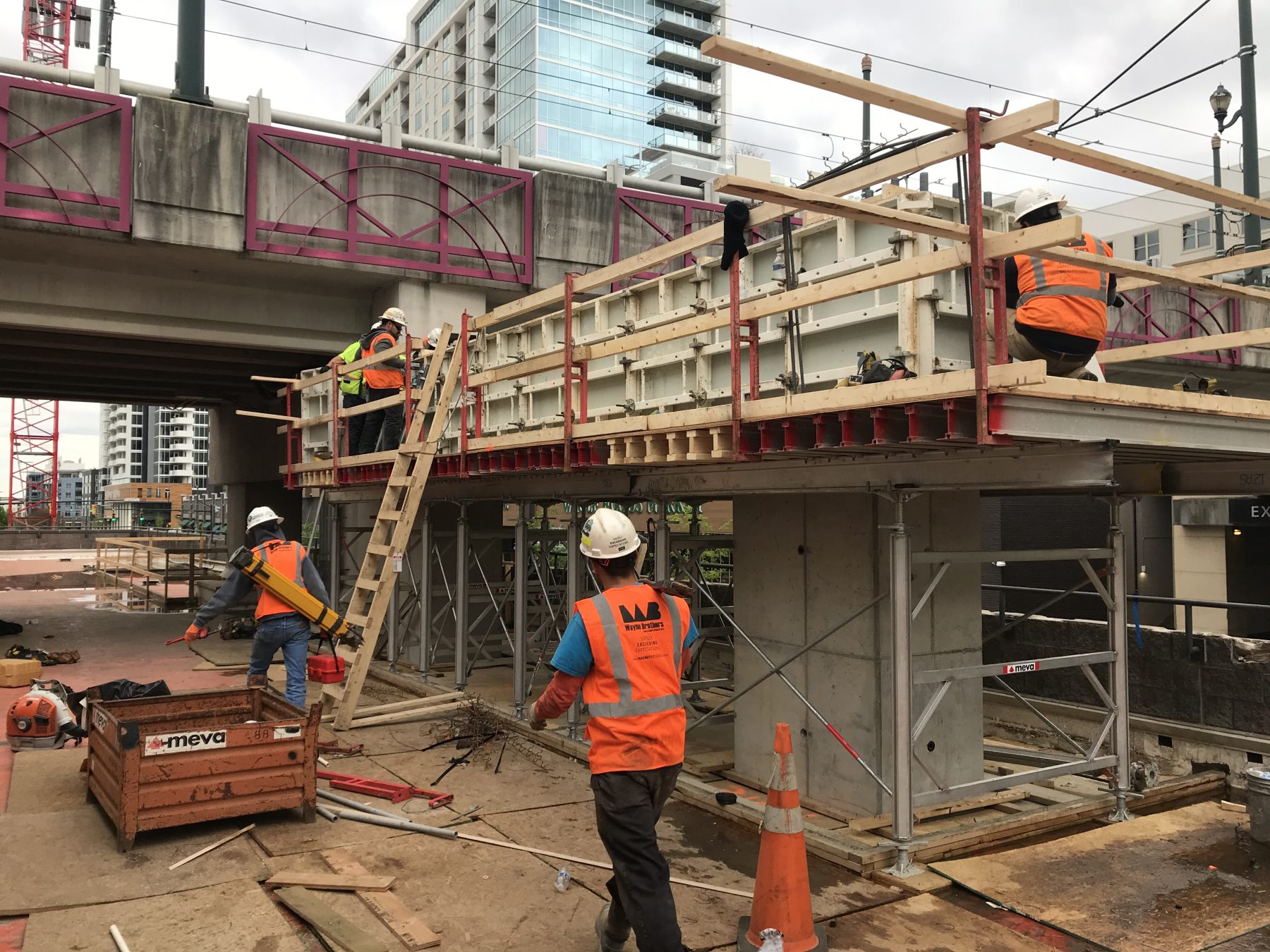 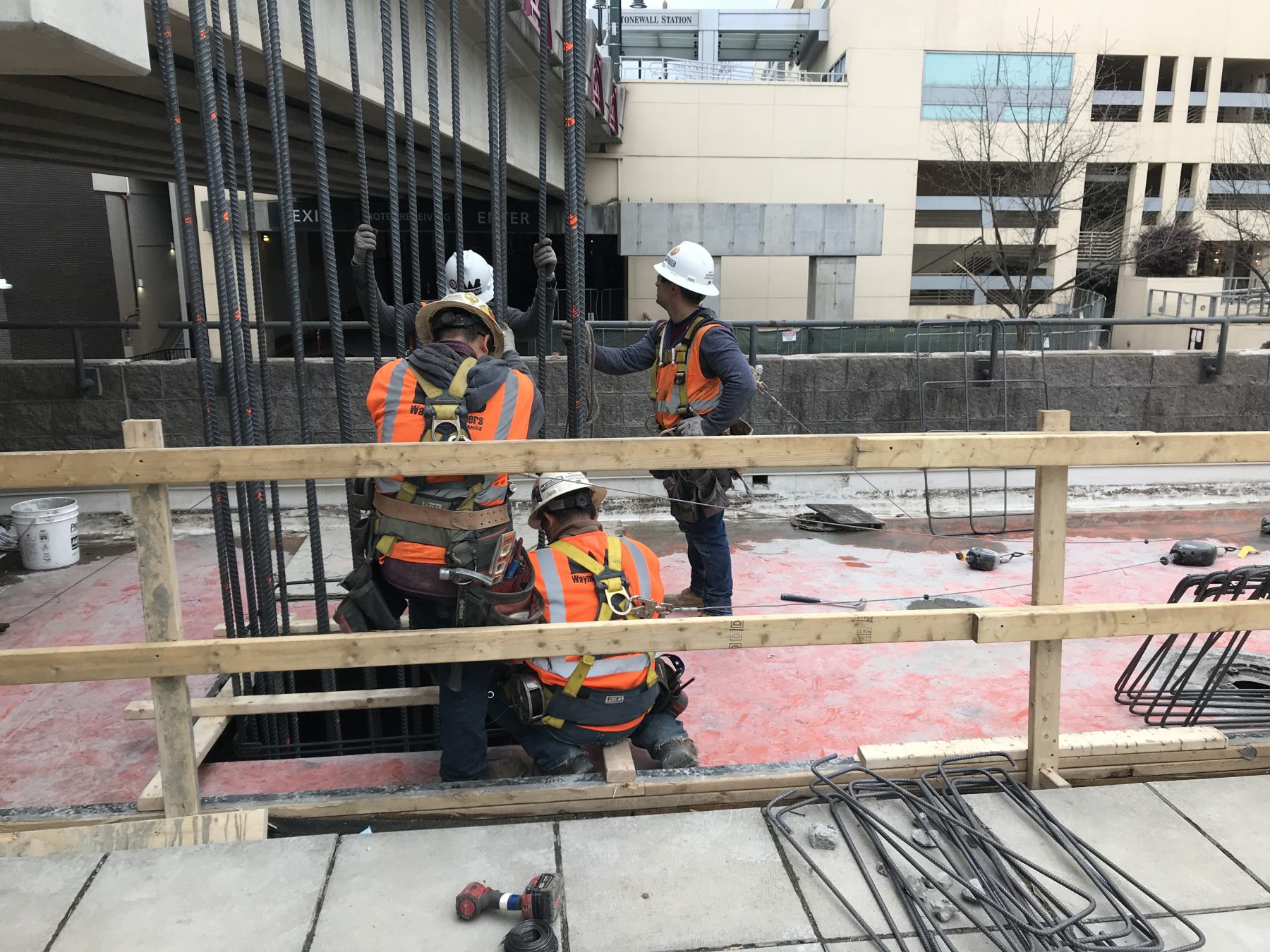 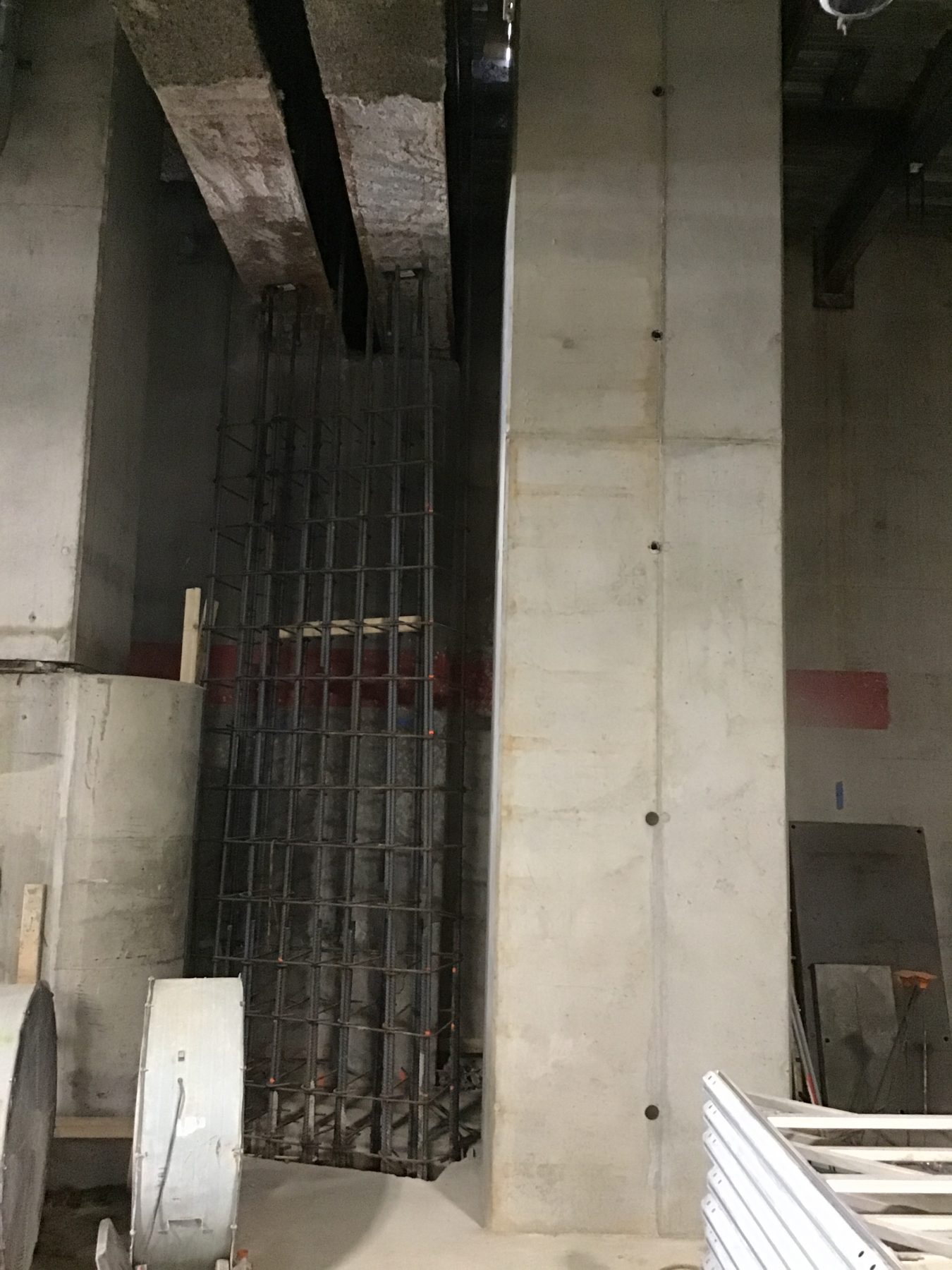 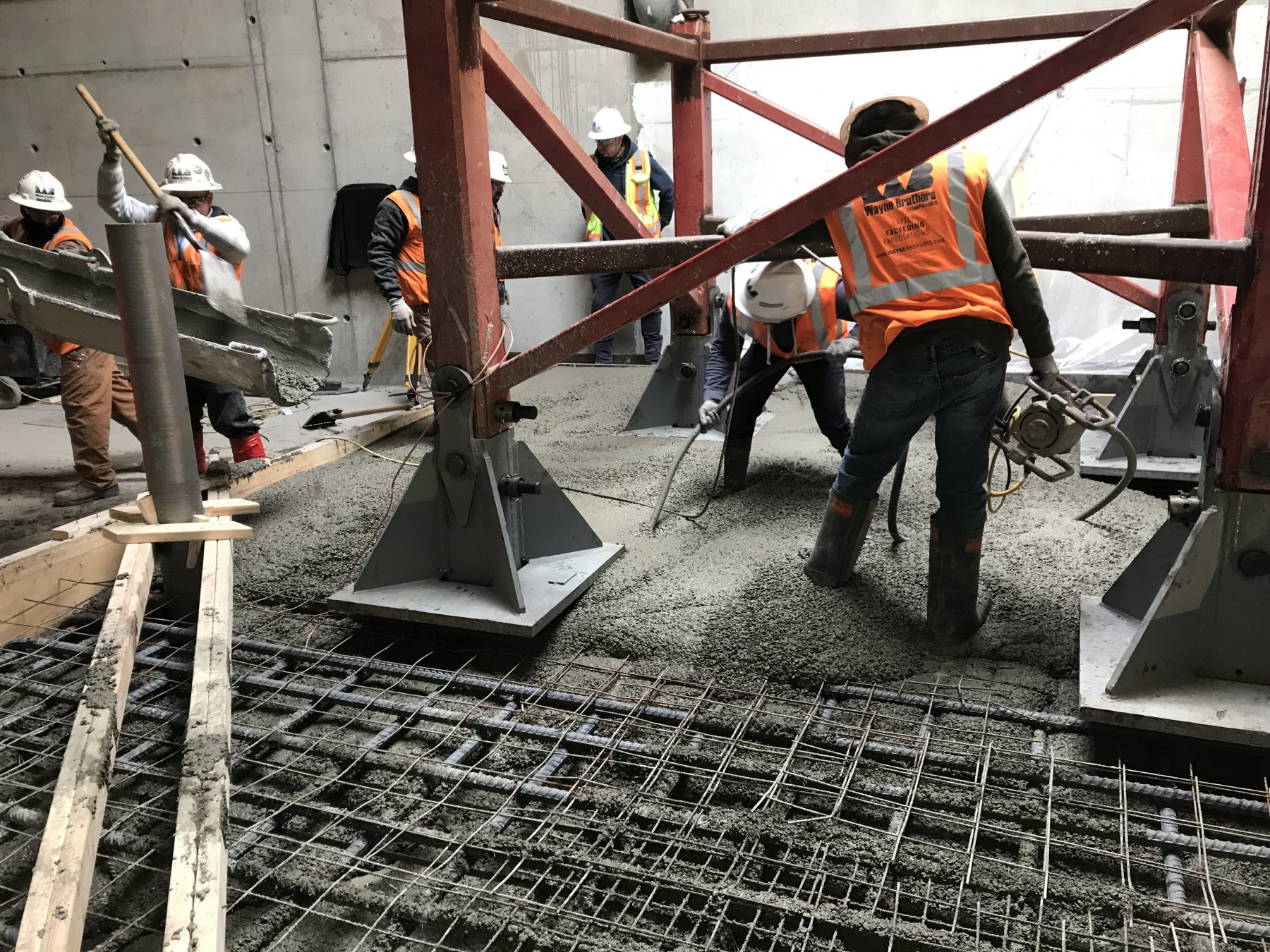 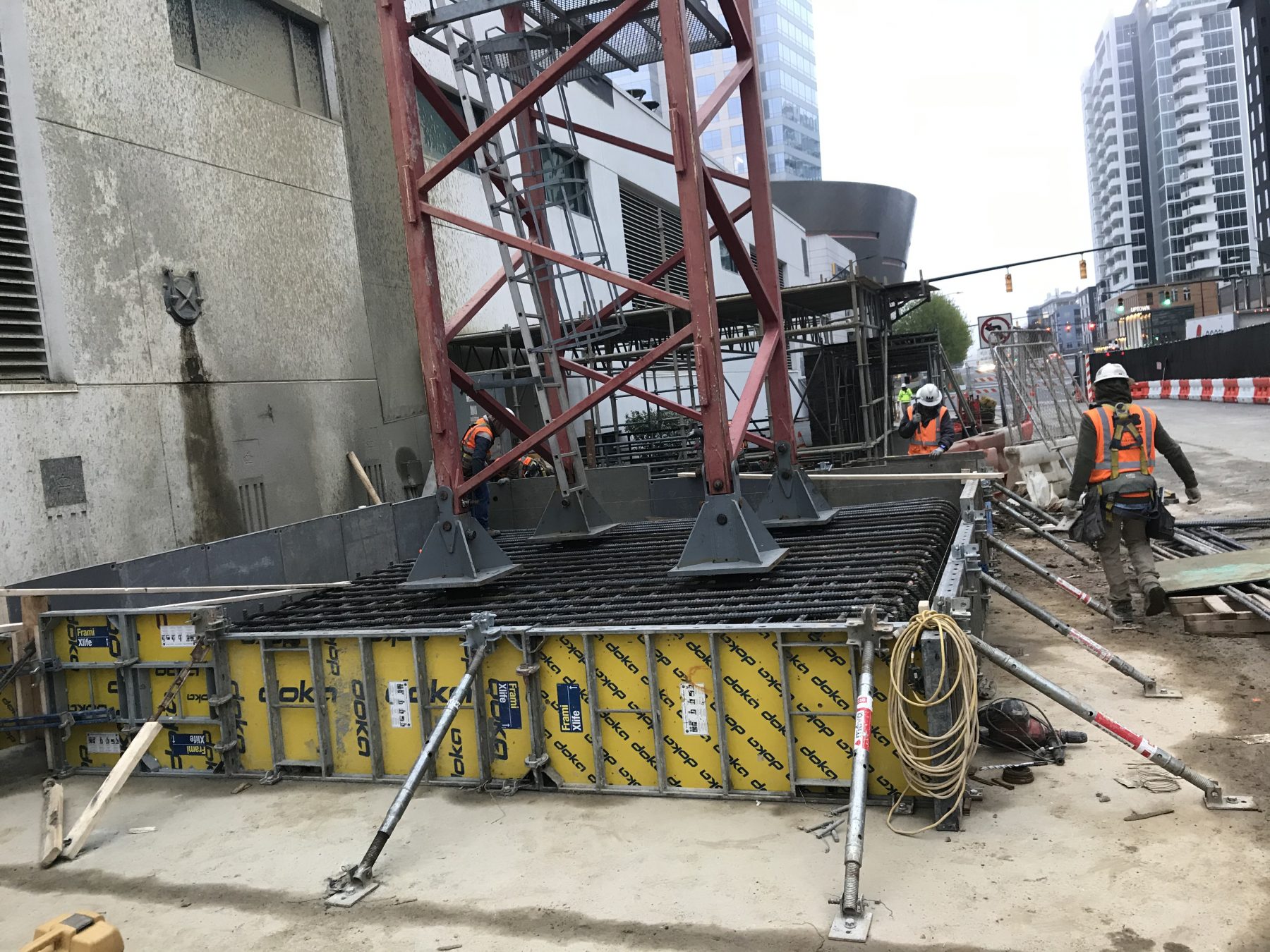 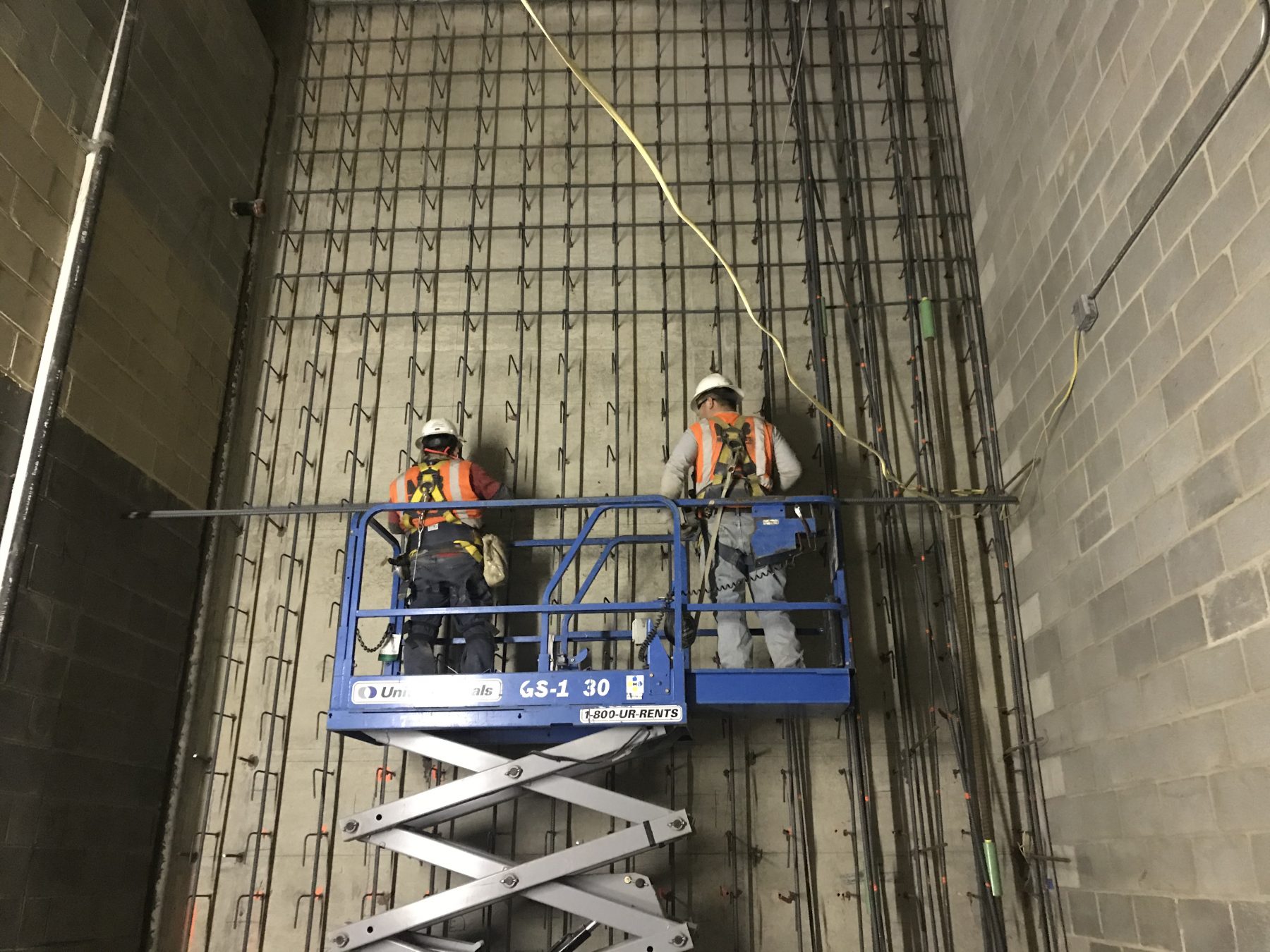 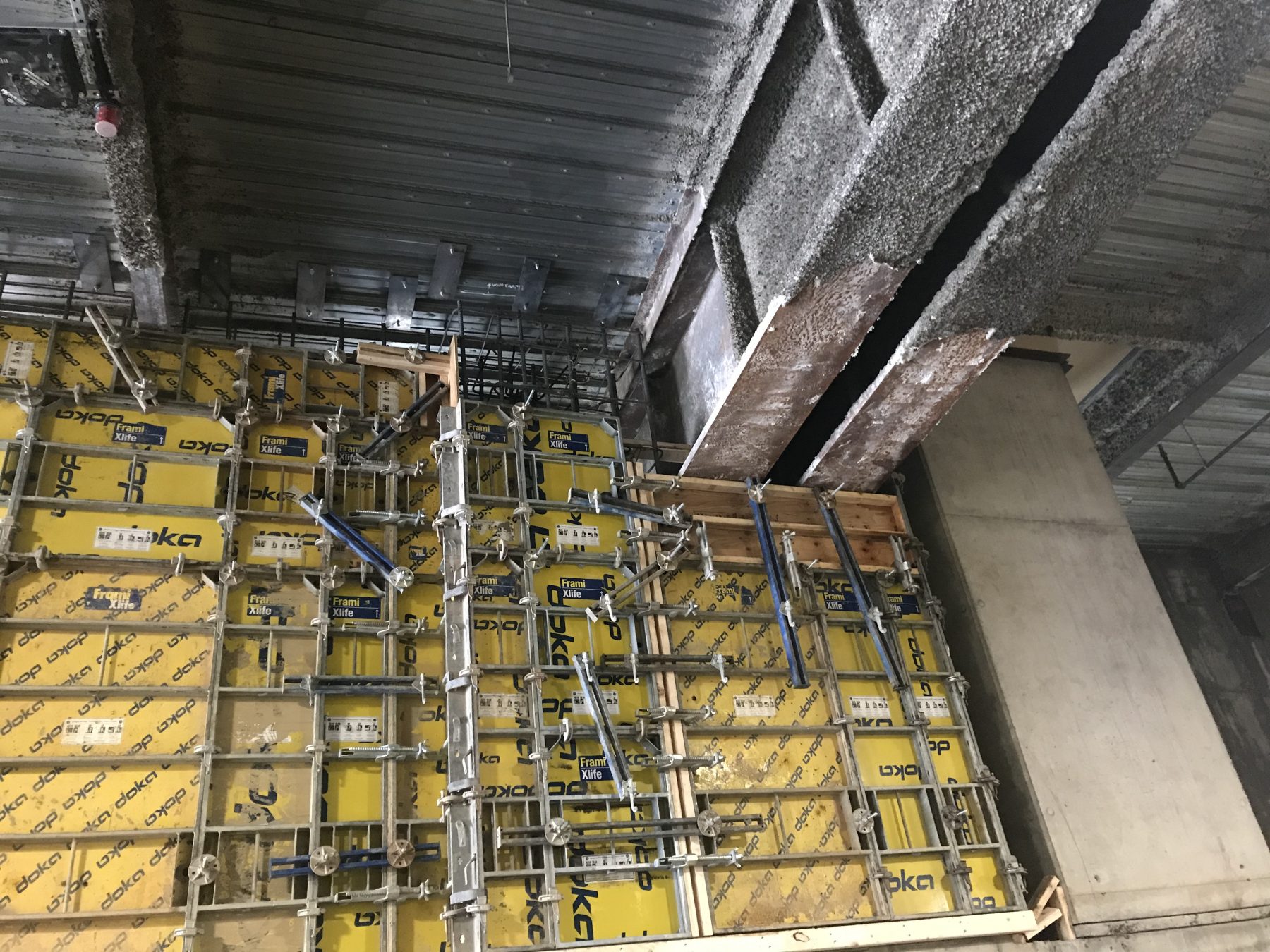 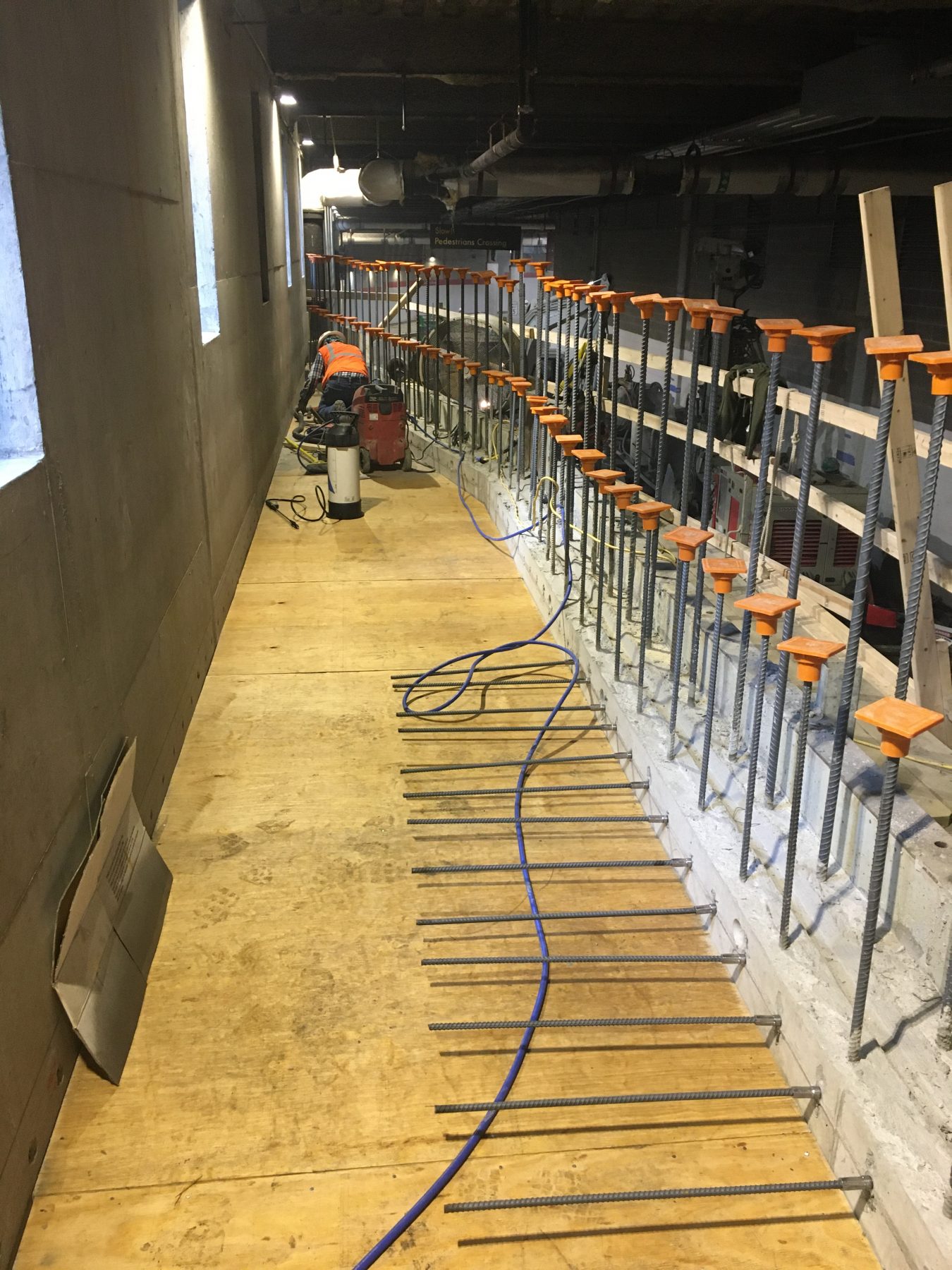 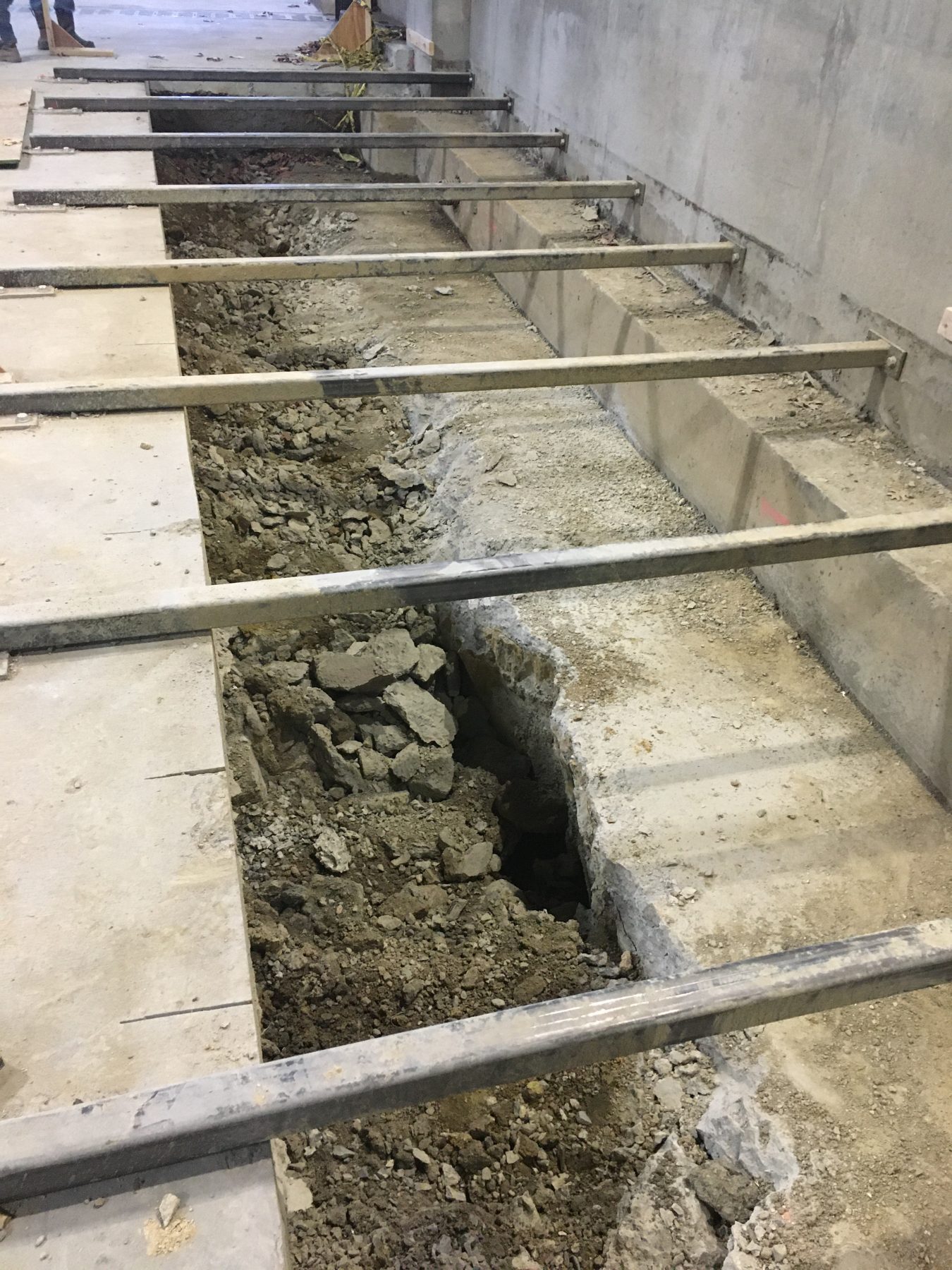 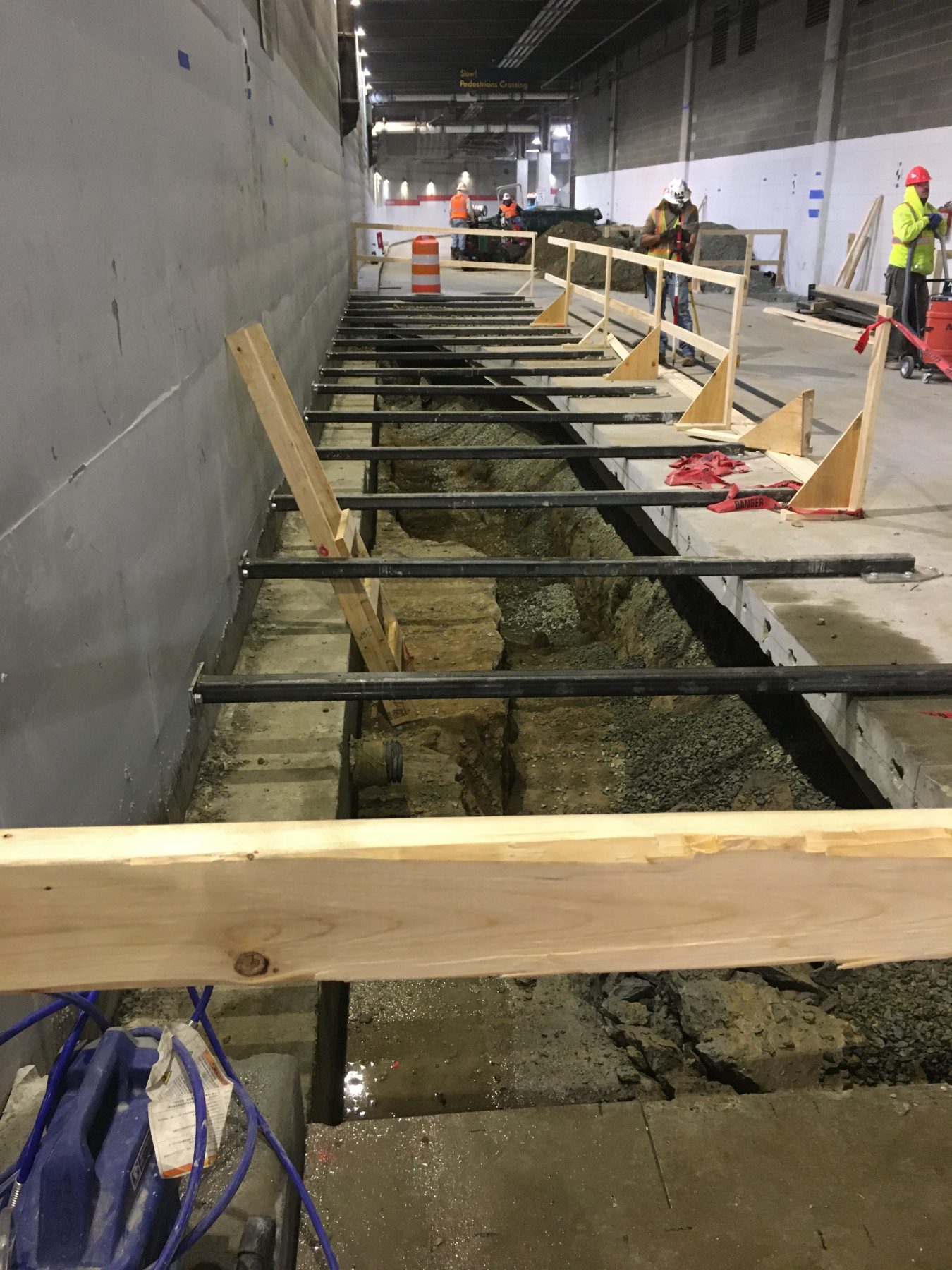 Wayne Brothers was awarded the concrete scope on the Charlotte Convention Center Expansion project. The scope included 85,000SF of slab on metal deck spread throughout four levels of the building. We detailed and modeled all the rebar in house.

We installed pile caps, columns, and beams for the new pedestrian bridge connecting the light rail station to the convention center. We also enlarged existing foundations and shear walls and added three sets of basement walls that would support existing roof decking as well as new precast stairs.

WB was required to install shoring to support the existing basement wall. The shoring was needed while portions of slab were removed, and excavation was being performed for the new basement wall foundations. All foundation and wall additions were completed within extremely tight quarters.