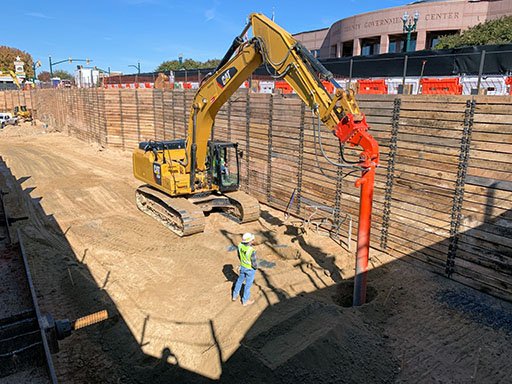 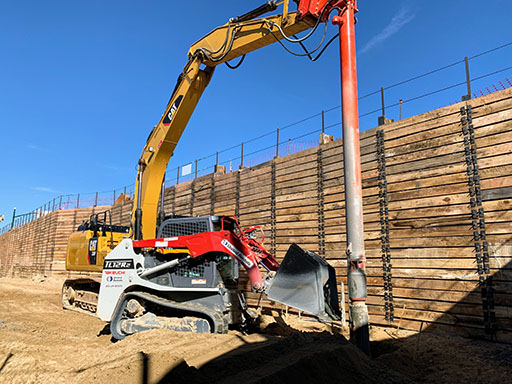 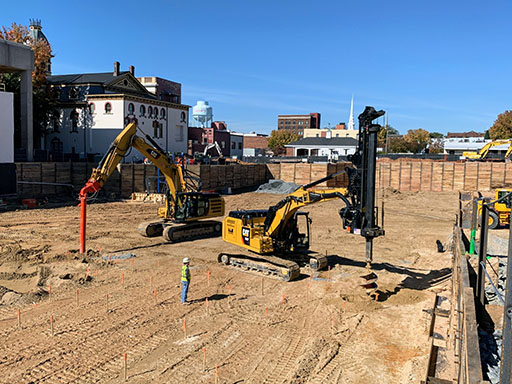 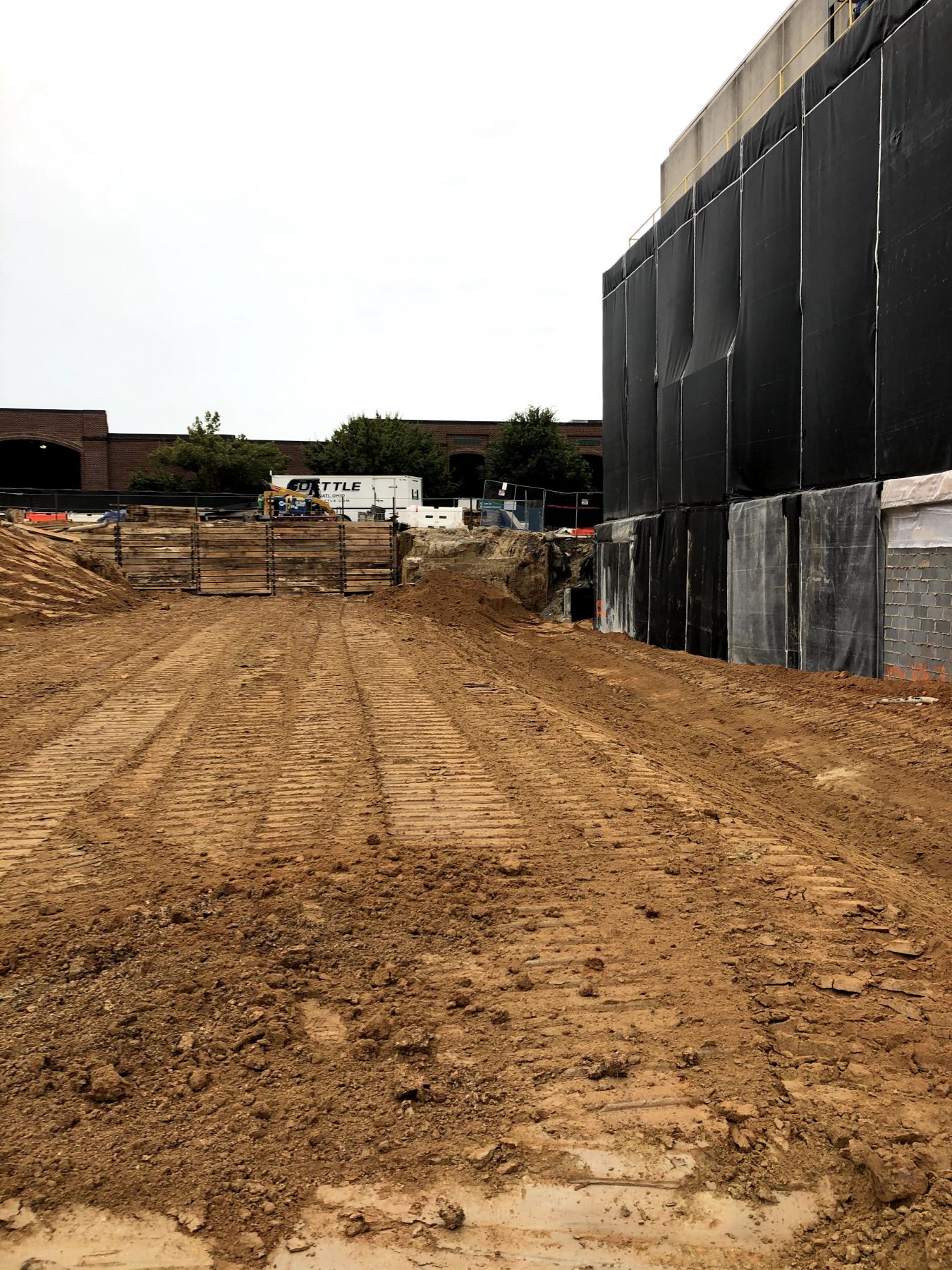 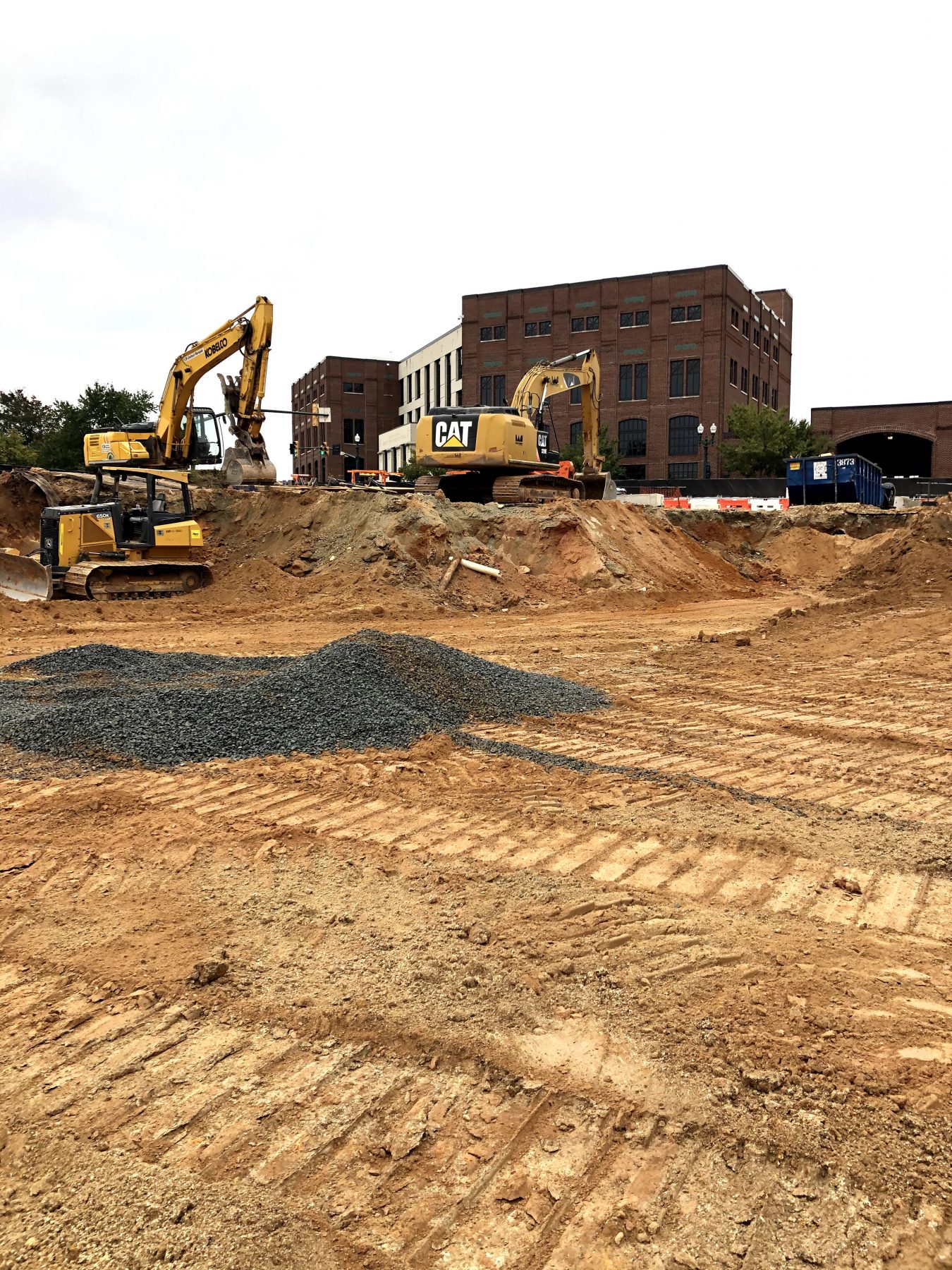 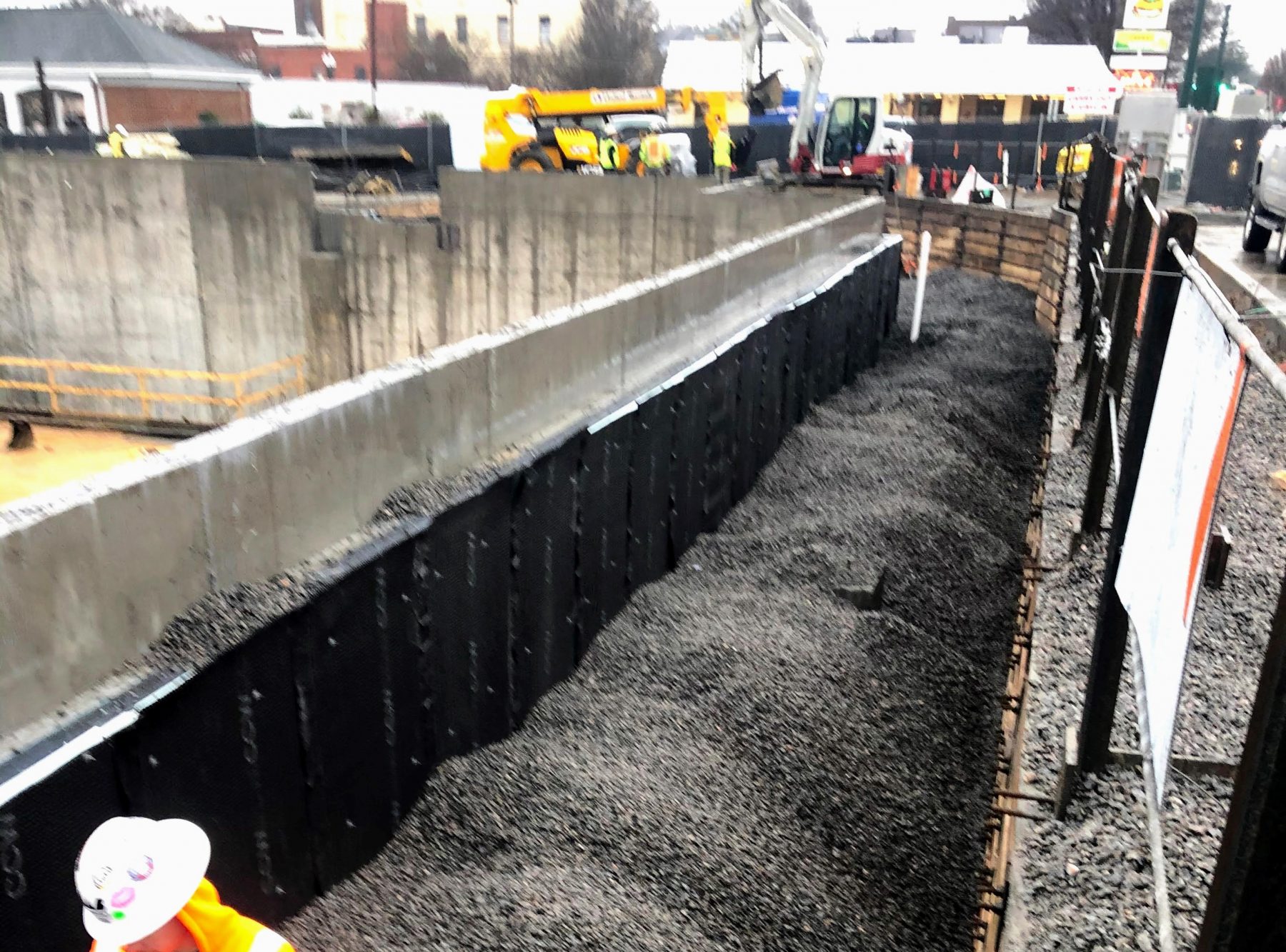 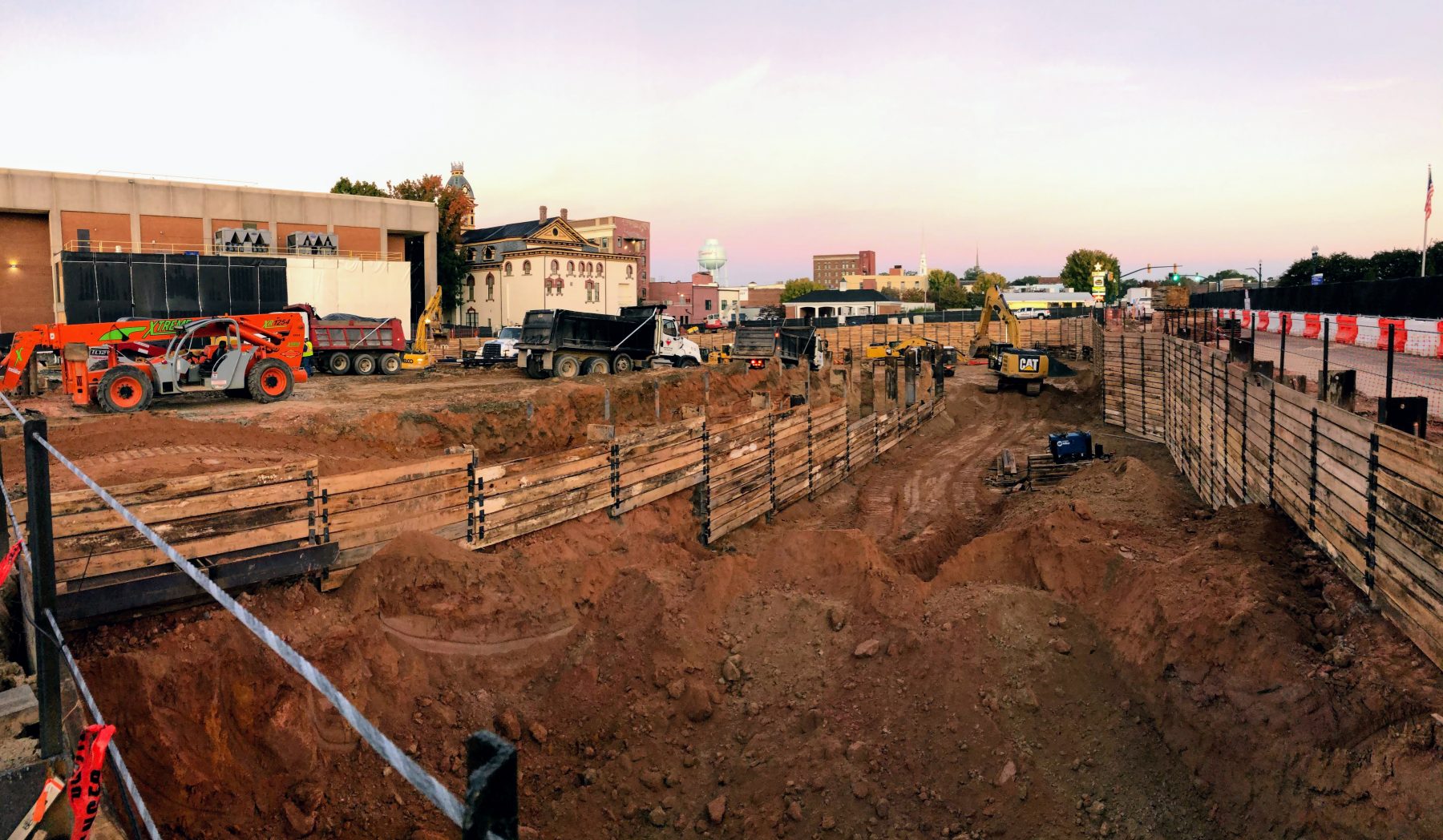 Cabarrus County is underway with a 250,000 sf addition to the existing historic courthouse in downtown Concord, NC. Wayne Brothers was awarded the site utilities, mass excavation and ground improvements on the project through a public bid process with Messer Construction.

The Civil and Infrastructure teams demolished hardscape and relocated over a 1,000 linear feet of storm, water and sewer piping to allow for the mass excavation of the courthouse addition to commence. As the shoring was installed, the team excavated and hauled off over 30,000 cys of soil to allow for the basement subgrade to be achieved at roughly 20 feet below road grade.

Once the building pad grades were achieved, the geotechnical crew arrived on site to install stone columns across the building foundation footprint. This design was developed in house through Wayne Brothers’ Specialty Contractor Design-Build team, Southern Engineering. With the help of Southern Engineering, the tight production schedule was met, despite encountering some differing soil conditions that required additional testing and design evaluation.

As the concrete frame for the building comes out of the ground, Wayne Brothers has been successful in securing the second phase of the site work scope to complete the courthouse construction. This scope will include additional storm, water and sewer piping along with fine grading and hardscapes. Wayne Brothers looks forward to working with Messer, Cabarrus County and their project team to complete the Cabarrus County Courthouse, a project that will “re-define downtown” Concord.

Read more about the Project on Cabarrus County Website