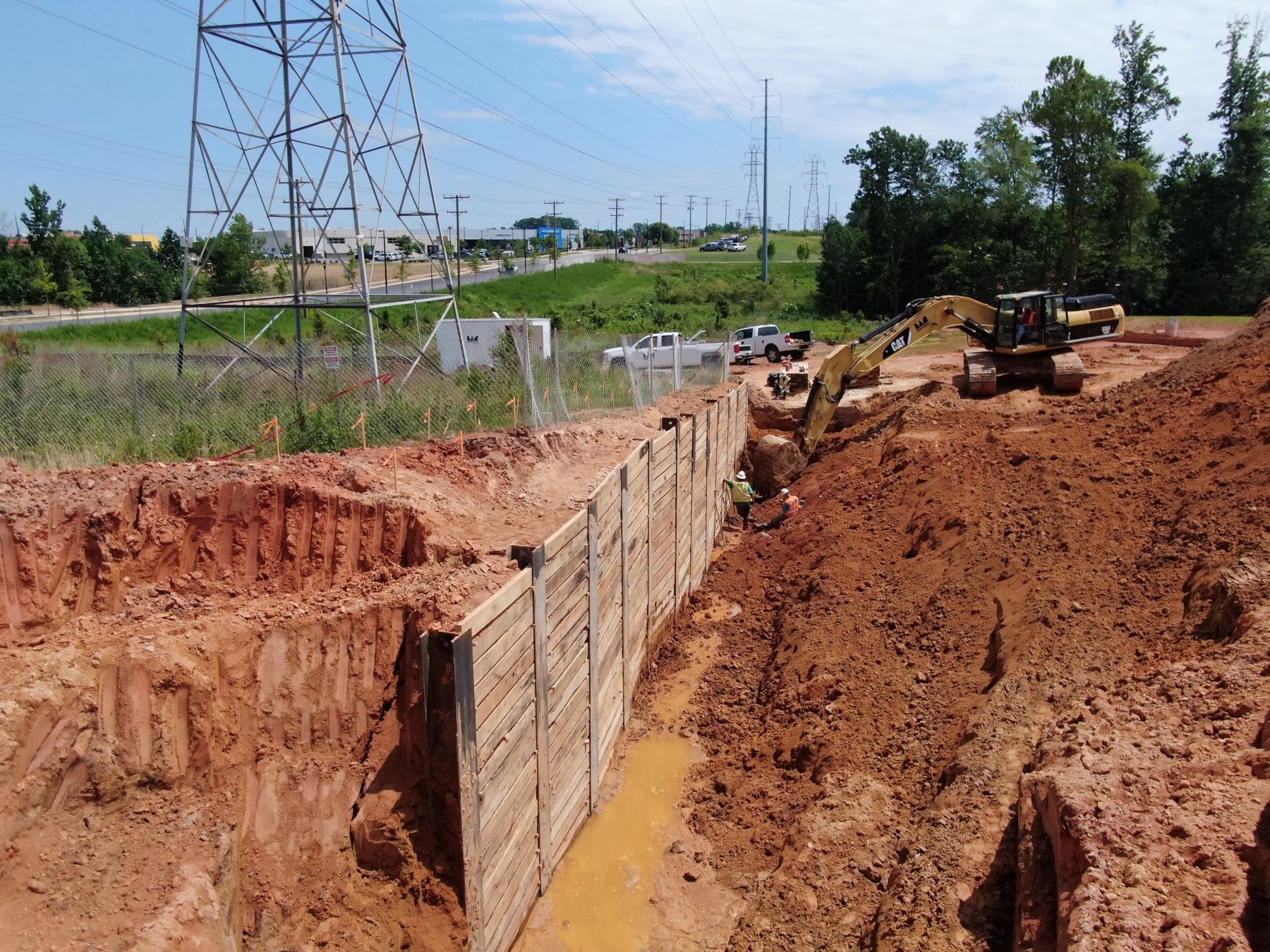 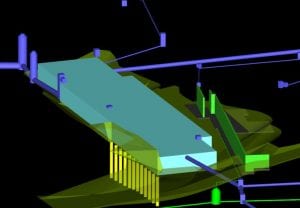 Wayne Brothers was recently asked to complete a project for another civil specialty contractor that succumbed to the pressures of the virus impacted economy.  As our team took over the previously designed detention system, there were several items that needed to be coordinated.

As is the standard process for each of our projects and scopes, the VDC team went to work on modeling all the components of the project.  The underground detention system was the most critical item left undone, so the modeling started there.  Much was required to fit this 242-piece precast StormTrap system in between a wetland, transmission tower, public road, and future building.

On paper, the detention system fit nicely, with 6 feet between both it and the transmission tower as well as it and the future building.  However, in the field these dimensions were half.

The Geotechnical team was able to provide a pile and lagging shoring solution that supported the Duke Energy Transmission Tower, sitting over twenty feet above the bottom of the excavation.  Once the thicknesses of shoring and detention system were accounted for, the Project team turned their attention to the future building.  It still sat several feet away from the UGDS but also sat at an elevation much higher than the bottom of the excavation.  It was determined, through the modeling of both the building and the UGDS that the building was actually bearing on the UGDS, which had not been accounted for in the structural design.

WB’s project team was able to work with the client and the UGDS designer, to revise the design and allow the UGDS’s shape to change enough to allow for the building to bear on residual ground, as had been originally planned. With the proper planning in place the team was able to install the 242-piece precast StormTrap system in 5 days.

This combined scope offering, matched with Virtual Design Construction (VDC) Services, is a good example of how Wayne Brothers was able to identify a future issue and value engineer a solution before it became a very expensive problem. 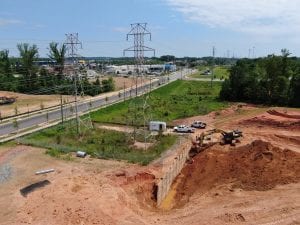 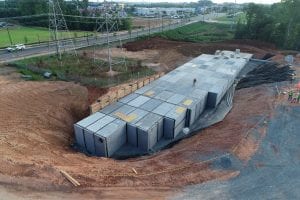